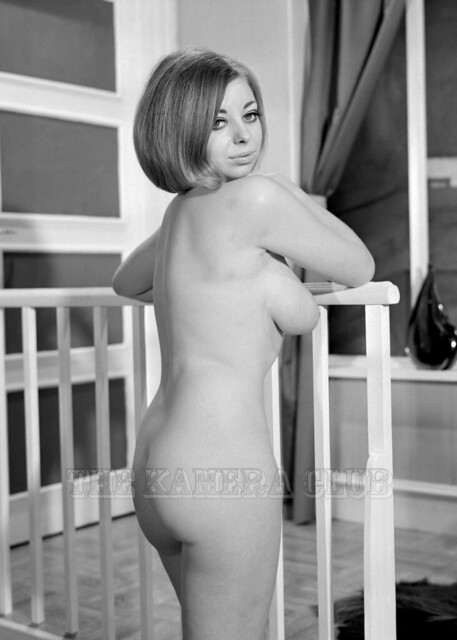 A very nice rear view shot of Louise Worth as she poses on the ‘Hollywood’ set for Harrison Marks. GHM made two glamour films with Louise, No.E304, which was made on the ‘Four Poster’ set, and a second, No.E305 filmed on the ‘Hollywood’ set with another female model in March 1967. However, the two films, which were called ‘Jane’ and ‘Jane and Julie’, were not released until 1969/70 when Harrison Marks was running Maximus Films. Some more stills of Louise taken on the above ‘Hollywood’ set were published in Kamera No.89, the last issue.

Incidentally, the two above films were also produced and published under various different names for European publication. These were published as Ekstase-Film E-304 – Jane und das Luxusbett (Jane & The Luxury Bed) and Ekstase-Film E-304 Jane Und Die Zofe (Jane & The Maid) both of which I have copies. Although not in perfect condition. Finally, E304 made a third appearance as a film under the Fletcher Follies series with the title `Little Miss Crumpet`