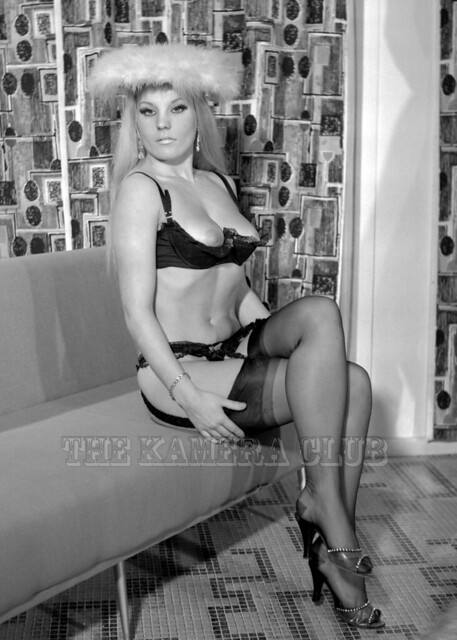 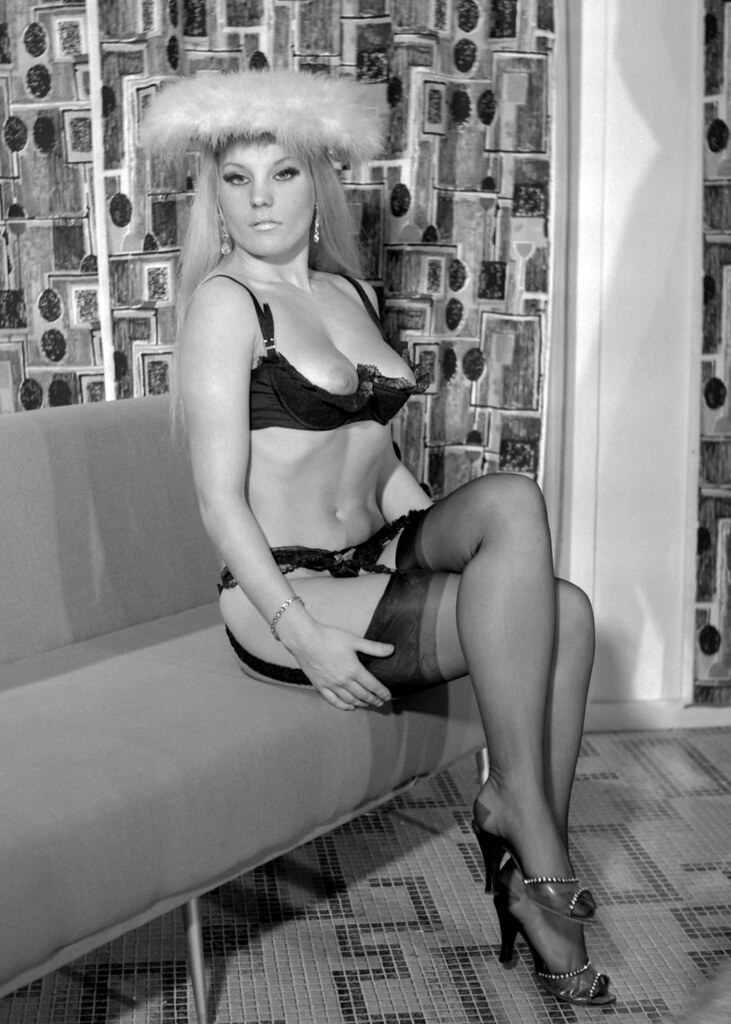 Revisiting one of GHM’s one name models, Zigrinda from page 2 of Kamera No.87 (1968), but this version is from the actual medium format negative that I have in my collection. She only appeared for GHM in Kamera No.87 and the glamour film ‘Zigrinda, Britain’s Top Stripper’. I originally posted a scan from the Kamera magazine of this shot here, but this shot is much much clearer, although it doesn’t improve the dodgy hat 🙂 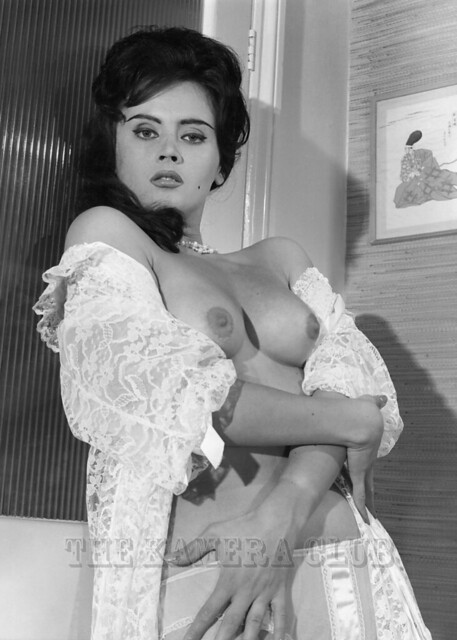 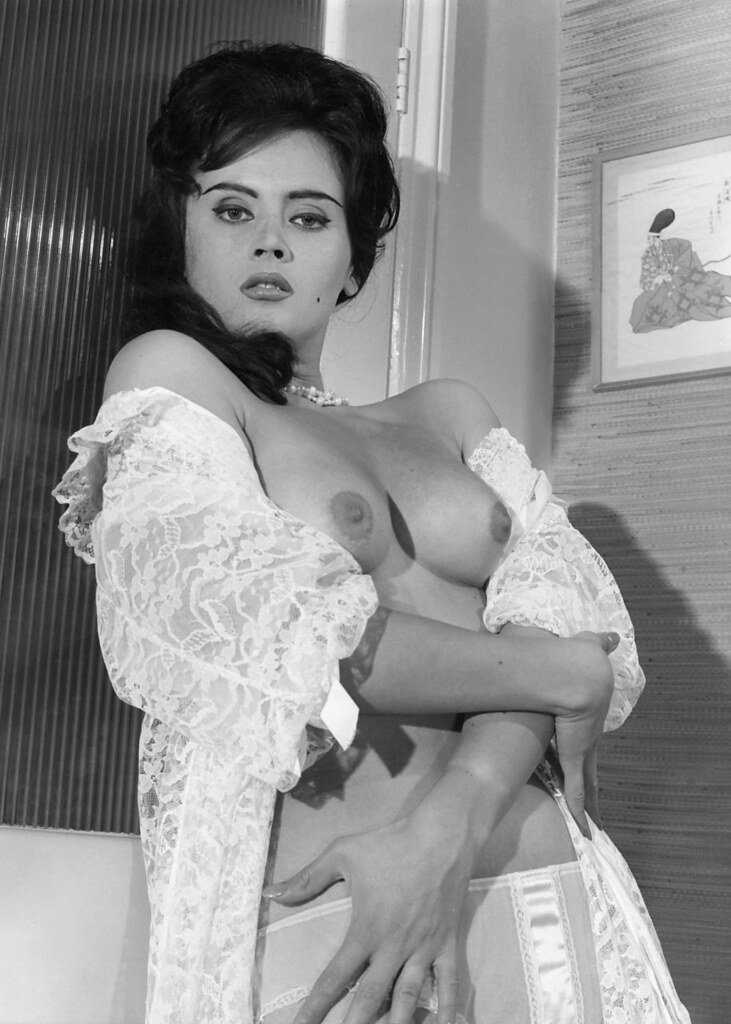 The seductive and sophisticated Sophia Dawn posing topless leaning against a door in open white negligee and white panties. A wonderful shot of Sophia looking as glamorous as always showing off her small tan lined tits from an original print sent over by Kevin.