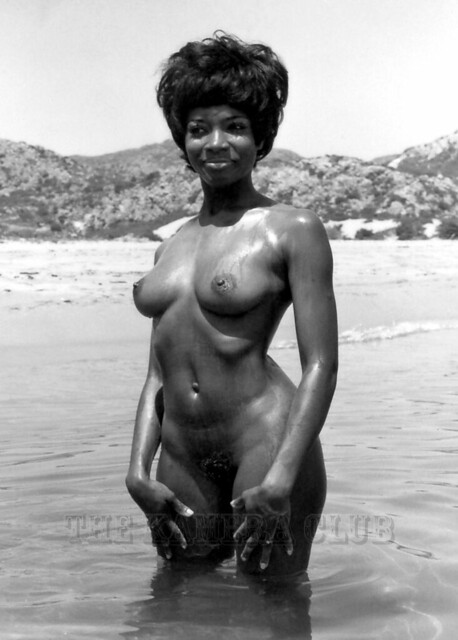 A new solo image of Venetia Day by Terry Sparks. This time a full frontal shot of her as she poses thigh deep in the sea off Rhodes, with the sun glistening off her wet body and a hint in the shadows of her dark thick bush! A scan from one of 3 sets of contact sheets of Venetia I’ve recently acquired, so I now have plenty more to come.

It seems fitting to do a post of Venetia today as it is Black Friday soon (boom boom!) Not quite what they meant or very politically correct, but then I prefer my Black Friday to the madness out there! 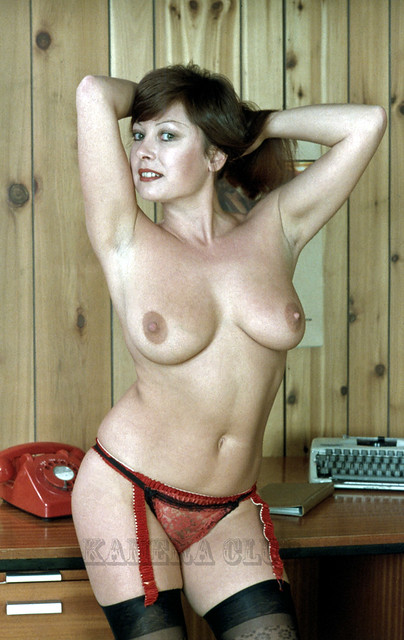 A return to work and the office with June Palmer from the set of ‘June in the Office’. This time an original restored 35 mm colour slide from my collection. Taken in 1971 you get a great view of a topless June in red panties and just a hint of bush! Loving the red phone and typewriter in the background. 🙂

I love this shot of Ronni sat adjusting her suspender belt sat at a dressing table. The model is Ronni Phillips from another set of original contact sheets taken by Terry Sparks in July 1971.

Interesting combination of items on the dressing table, baby lotion, perfume, hairspray and After Eight mints!

It’s been a while since I posted an image from this set. Marianne Morris (Vicki Pascale), Venetia Day and Dinah Challen (Linda Rome) by Terry Sparks taken on a beach in Rhodes in 1971. A fab shot of all three as they stand naked in the sea enjoying the sun.

I have many more shots of these three taken by Terry in Rhodes, thanks to a fabulous collection of original contact sheets I’ve acquired of Terry’s work. 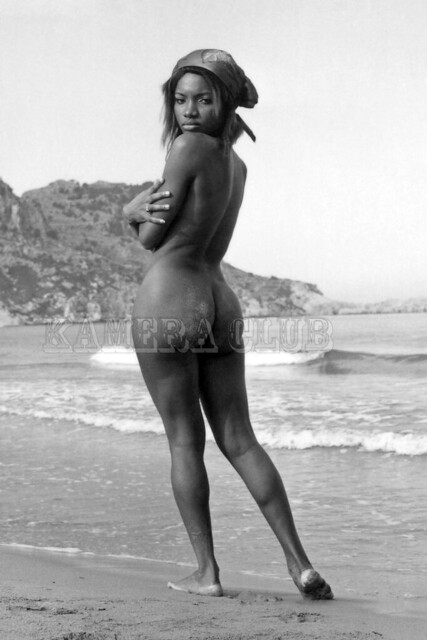 A fabulous view of Venetia Day’s round sandy bum as she looks over her shoulder. Posing naked on a beach in Rhodes for Terry Sparks in 1971 from a collection of contact sheets.

A great figure and great view all round 🙂 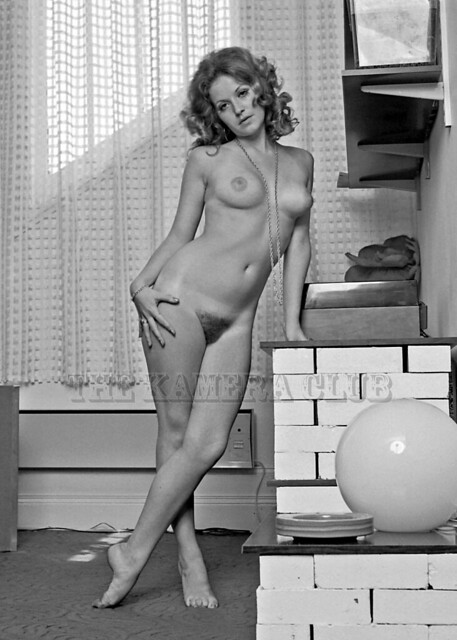 Another stunning shot of Breda Challen by Terry Sparks. Breda was actually her model name with her real name being Veronica Ronnis. She posed for Terry in the shot above and previous shots on 26th July 1971.

This is a stunning full length shot of her, which was very 70s and shows off the front view of Breda. A great view of those small perky tits and dark thick bush highlighted by the tan lines. All enhanced with a rather nice long chain around her neck to show off that perfect figure. Love the 70s round globe light in the foreground as well. 🙂 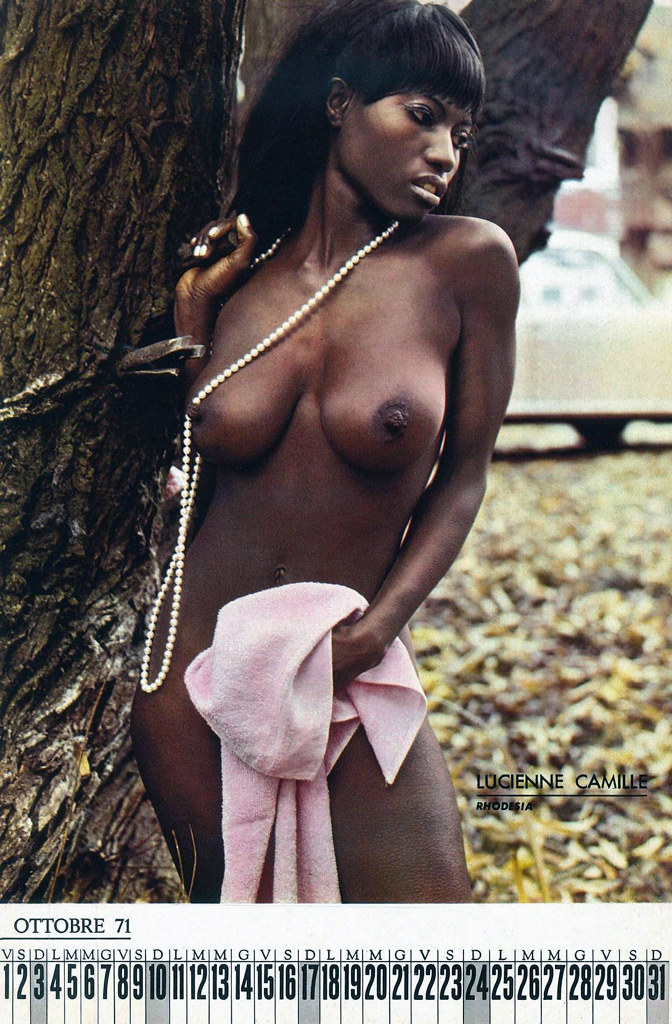 The start of a new month, so a very apt image to kick things off. The delicious Sylvia Bayo or named as Lucienne Camille here on the October page of Fiesta (Italia) – 1971 Calendar. A stunning shot showing off her dark body and perfect tits with those big rounded nipples I love so much. I love how the pearl necklace is caught round one of those big nipples, purposely or not.

A perfect view of Sylvia that was posted over on VEF, so thanks to the original poster over there for this shot 🙂 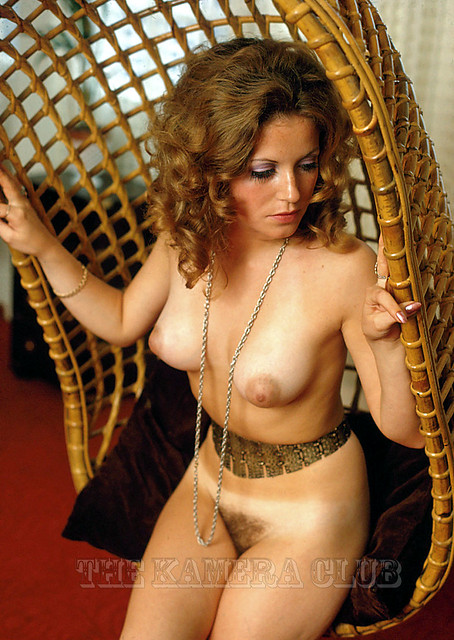 Last month I posted this fabulous shot of Breda by Terry Sparks and asked if anyone had more shots of her. Well ask, and you shall receive and not only that but several more original shots of Breda from Terry himself, plus some more background. 🙂

Breda was actually her model name, which doesn’t surprise me, with her real name being Veronica Ronnis. She posed for Terry in the shot above and previous shot on 26th July 1971, which aligns with them appearing in Knave the following year. As Terry recalls, she came from Southampton and being one of the classier and nicer girls that were around in the early 70s. Makes you wonder what the bad ones were like and got up to, doesn’t it?

This shot of her sat in the hanging bamboo chair, which was very 70s, is stunning and shows off the front view of Breda/Veronica to match the previous rearview. And what a view it is with those small perky tits and hint of bush highlighted by the tan lines and enhanced with a rather charming metal belt around her waist. Perfect and so glad I asked for more of Breda, with a big thanks as always to Terry for providing such stunning shots. 🙂 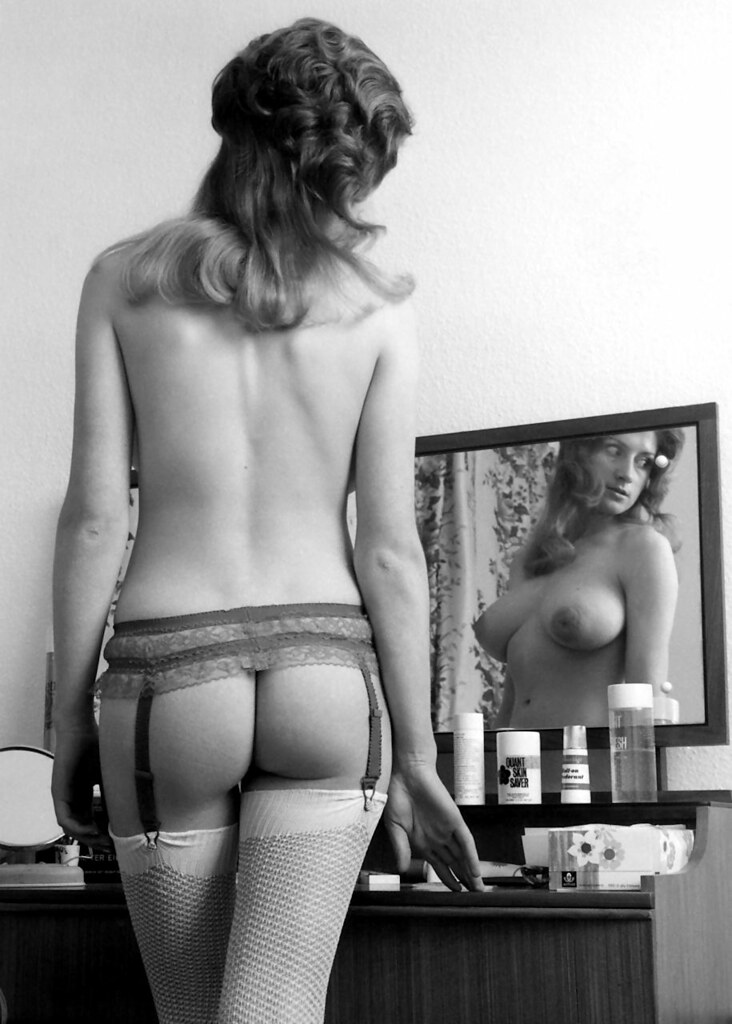 I love this shot and it’s whole composition, from the rear view of that peachy bum, the white fishnet stockings to the way you can see the front view as well as the back in the mirror reflection. The model is Ronni Phillips from another set of original contact sheets taken by Terry Sparks in July 1971. A perfectly peachy shot! 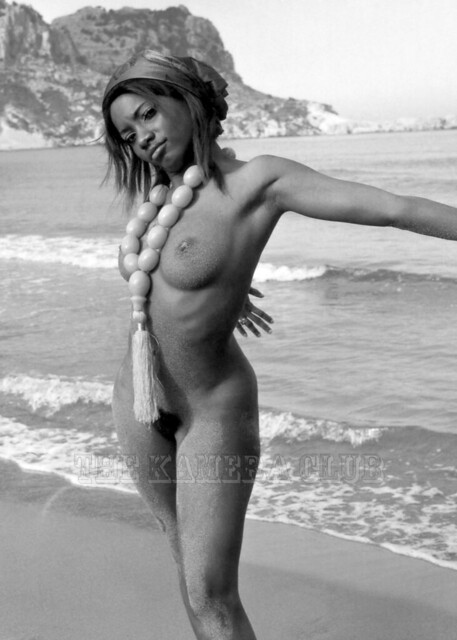 Venetia Day covered in sand as she poses naked on a beach in Rhodes for Terry Sparks in 1971. A great shot of Venetia with her arms flung back and wearing that large bead necklace that Terry preferred and as worn by Vicki Pascale and others that posed for him. Another sunny shot, and I’d have offered to rub that sand off her if needed. 🙂