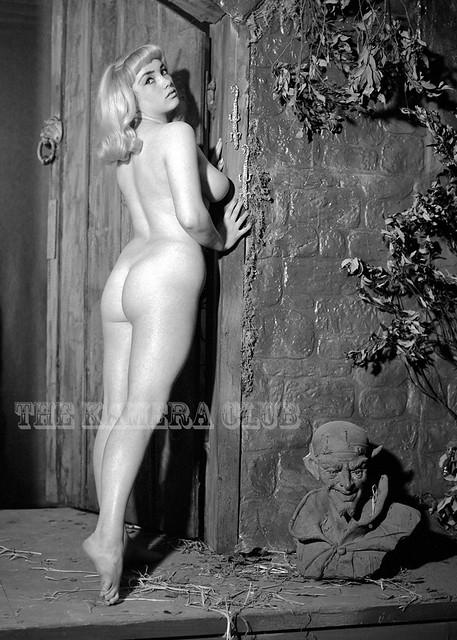 The shapely form of Cleo Simmons by Harrison Marks. Posing in the doorway of the coven set Cleo looks perfectly posed on tiptoes showing off her ample curves. The Devil’s Head pops up again in this shot, but works well against the stone wall and step. 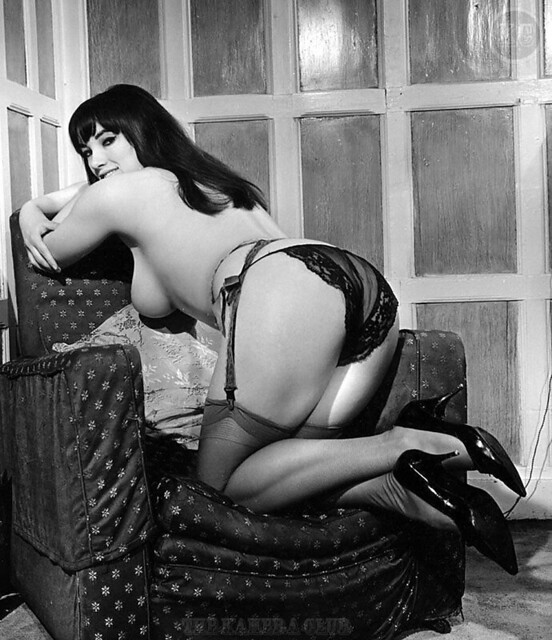 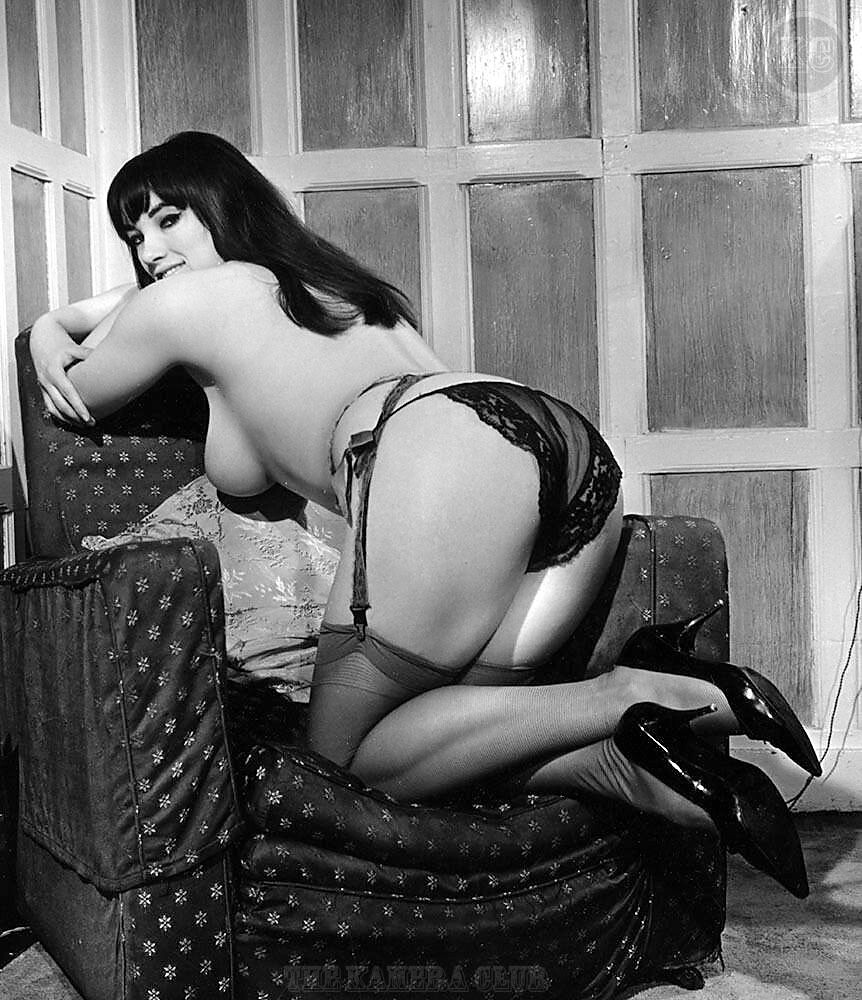 The very nice rear of Cleo Simmons, as she kneels bent over an armchair. Great shot of Cleo with the unfamiliar dark hair/wig in black panties, stockings and high heels. 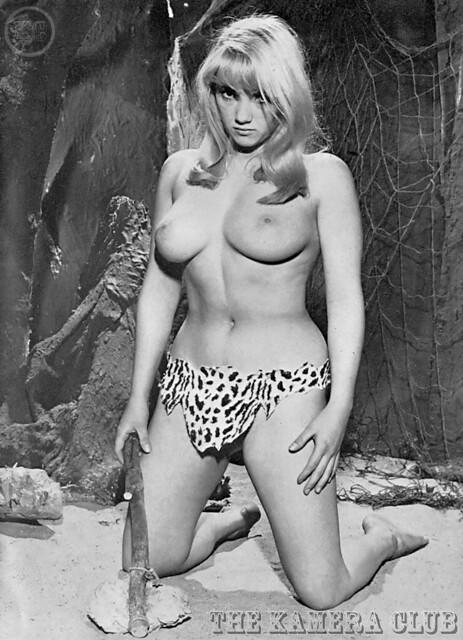 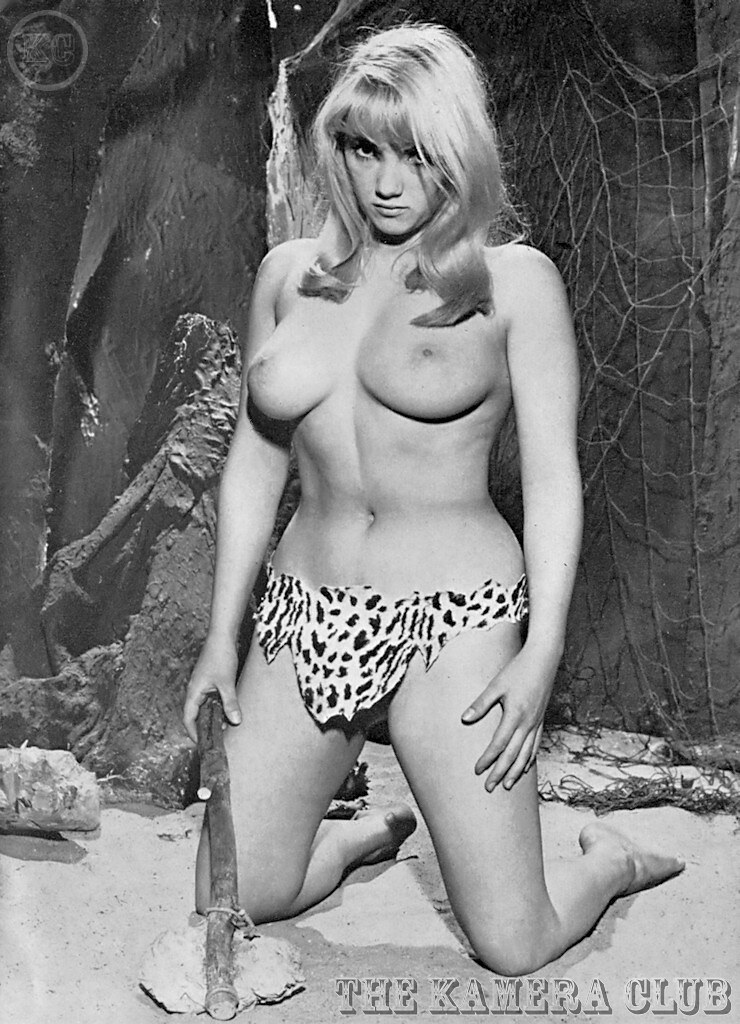 Another shot taken from Femme No.11 P59 (1968), this time Cleo Simmons on the cave set dressed as a cave-girl including a very short animal skin skirt and stone club! Cleo appears on 6 pages of Femme No.11 with 3 pages showing her posing on this set, which could be what I have classed as a cave set or fisherman’s set due to the netting? 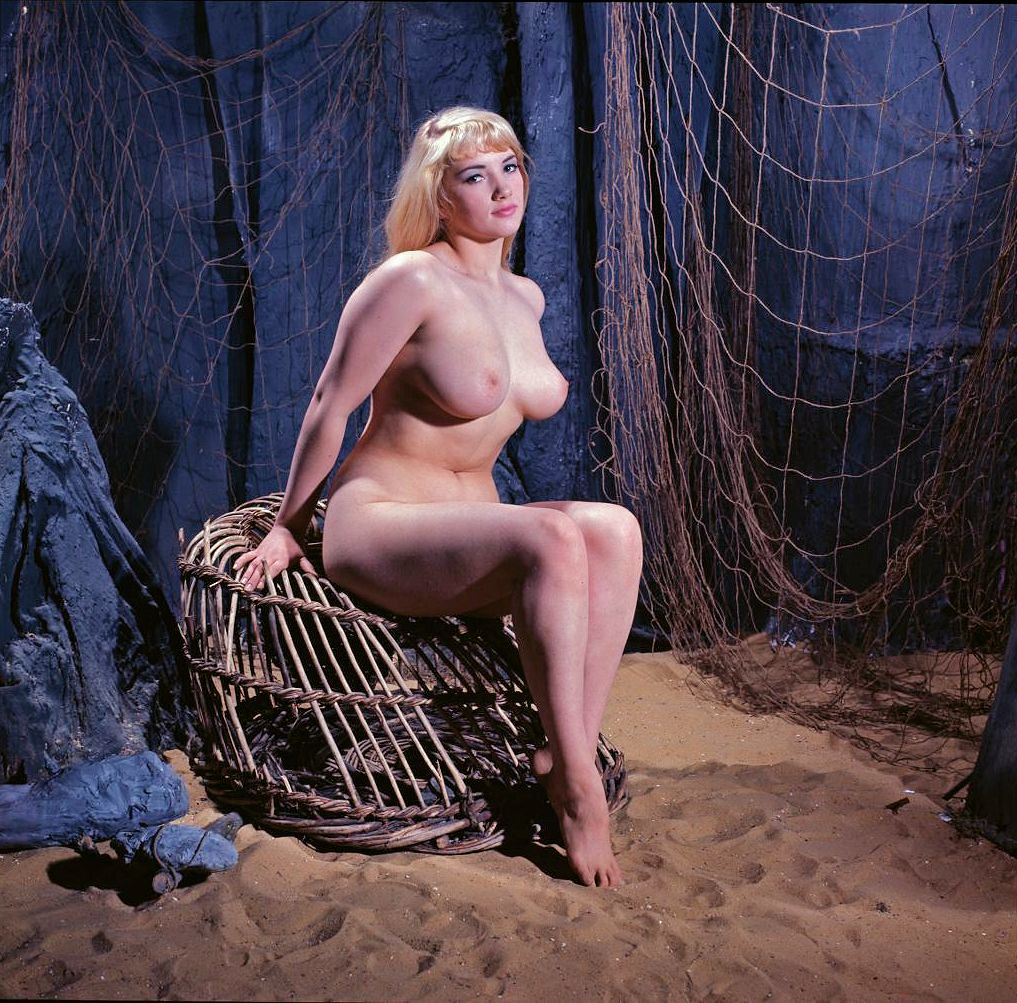 Let’s start the day with another original scan, again from Kevin over on Pinupmemories.  This time we have Cleo Simmons posing in a cave sitting seductively on a lobster pot surrounded by fishing nets! That’s one cave you wouldn’t mind entering and if you caught Cleo you’d keep her for sure!
Thanks Kevin another great scan!


Note: This is an original image and subject to this copyright notice, but can be individually shared as long as the image remains unaltered and this website is acknowledged as the source.

Two shots of a more familiar blonde Cleo Simmons from Nouvelle Serie De Revue No.65.  Unlike other images from this publication where pubic hair has been added back in, these shots of Miss Simmons seem to show her beautiful true natural bush.

Cleo Simmons doing a bit of table top posing with long dark hair from Sexy Girl No.5.  I can’t decide if I prefer her blonde or with dark hair like this and I assume this is a wig and blonde was her natural colour.

Cleo Simmons once again gracing the centrefold pages of Parade, this time Parade No.1365 (5th February 1966)

Another shot of Cleo Simmons, this time from Carnival Magazine, but no idea of the date for this one as missing from my notes!

Mirror Shot from Carnival (December, 1966)
Another model I’ve been very remiss with and overlooked, but I don’t know why as she has two of my favourite attributes (well three really!). I love blondes with big tits and Cleo ticks those boxes for me!
She came to prominence in 1965 when noticed by GHM whilst auditioning for ‘The Naked World of Harrison Marks’ and went on to appear in Kamera No.70 and Solo No.48 (below) and appear on the cover of Femme No.9 (below).  She also appears in the 1967 Kamera Calendar for June.  She also makes several magazine appearances in the late 1960’s sporting long dark hair (wig?)