Another shot of Doris Hurst from the same set as these shots. This and the other shots come from Girlymag and needed very little in the way of restoring to show her off. I just love Doris and those fabulous big round firm tits. 🙂 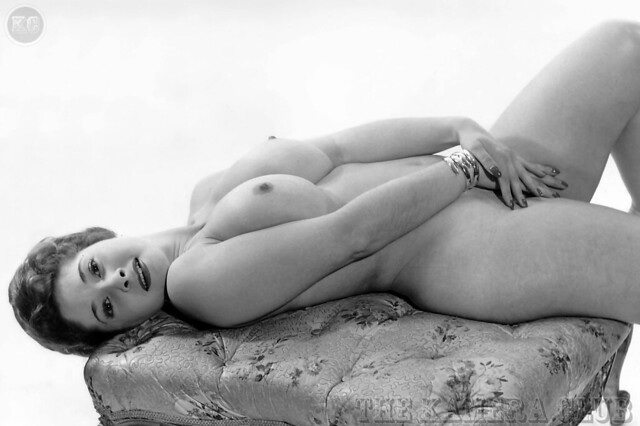 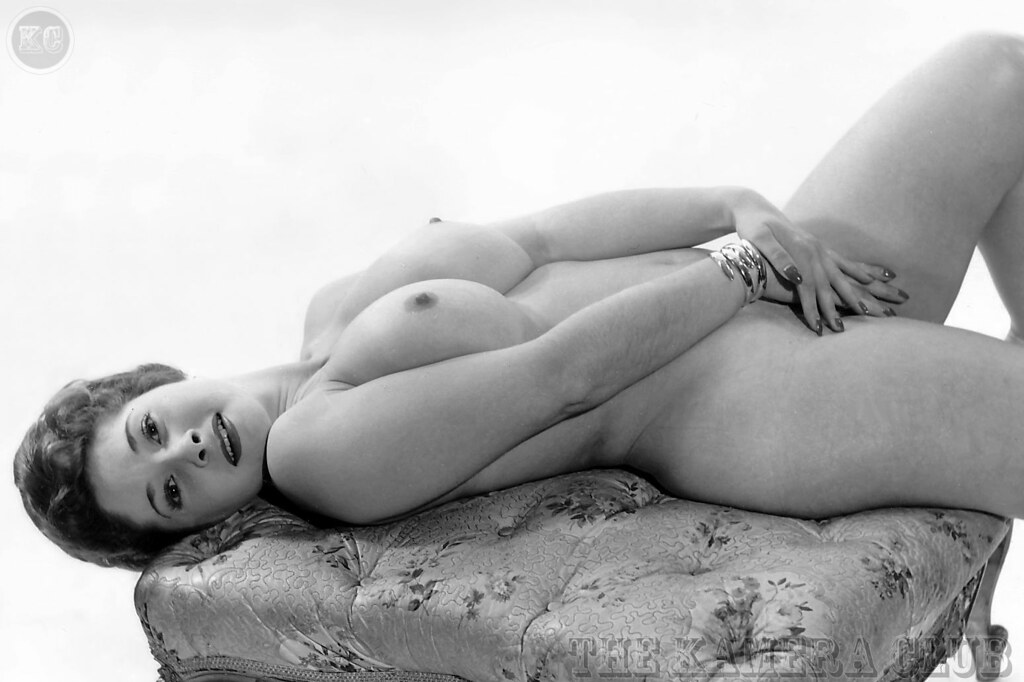 Another shot of Doris Hurst from the same set as these shots. I love Doris and her fabulous 1950’s figure and big round firm boobs. This crisp clear copy comes from Girlymag and needed very little in the way of restoring/editing to show her off in the best light. Shame the hands are strategically placed to protect her decency, but what we can see is worth it! I think I have a further two shots from this set to share in the near future, which isn’t enough! 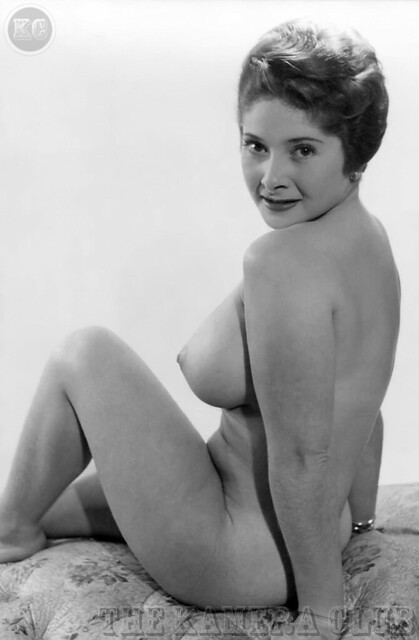 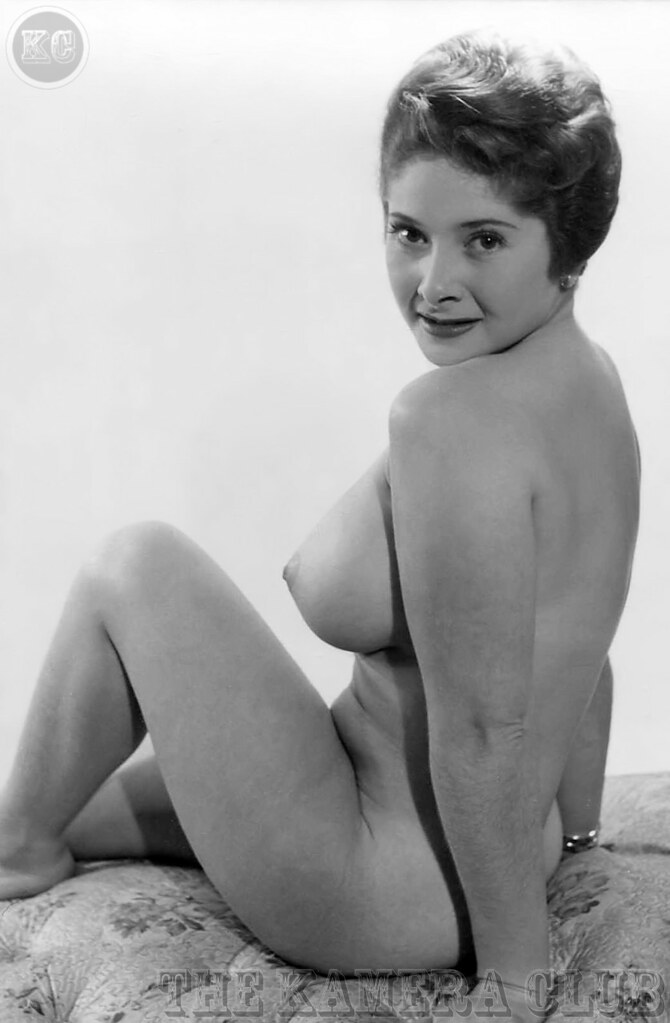 Someone asked for another shot of Doris Hurst, so I aim to please with another shot of her from the same set as this shot. I had a few comments about Doris looking similar to other stars from the 1960’s including June Thorburn and Liz Fraser and I agree there are some similarities.  I don’t think either of the other two revealed as much as Doris, although Liz was portrayed a busty blonde, that always seemed to end up stripped off down to her underwear in ‘Carry On’ films!

I love Doris and her fabulous 1950’s figure and big round firm boobs. This crisp clear copy comes from Girlymag and needed very little in the way of restoring/editing to show her off in the best light.

Note: This image is original and subject to this copyright notice 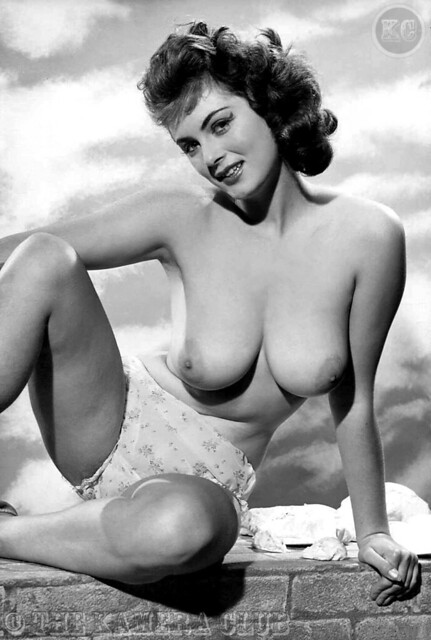 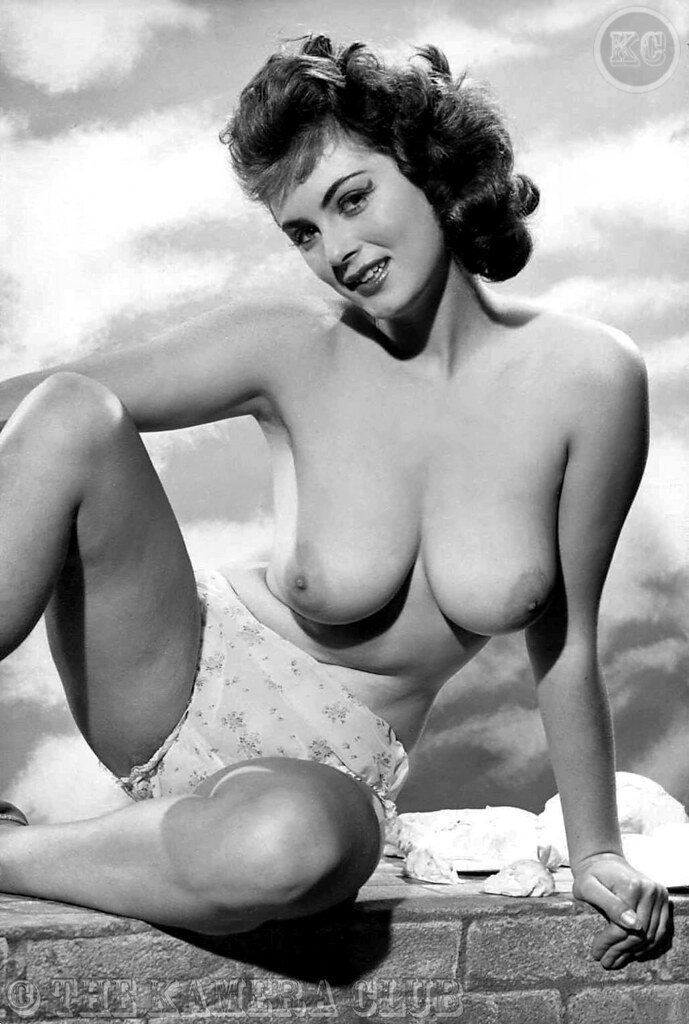 A second restored silver gelatin photo from this set of Eve Eden posing in high heels and white panties on a wall! The others I’ve published so far can be found here and thanks to Girlymag for sending over this great set of Eve. 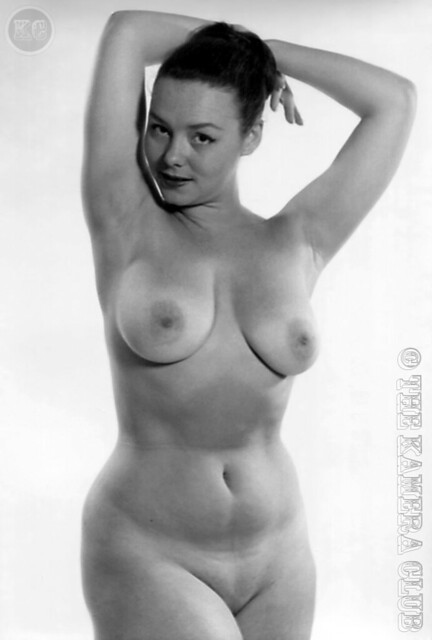 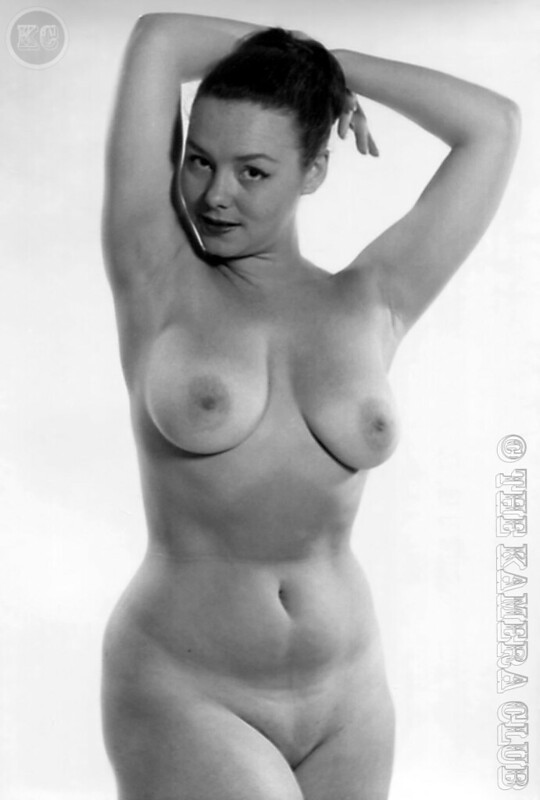 A restored silver gelatin print of Toni Rees showing off her fabulous body and curves and in my mind that’s a proper woman’s figure! Another top quality print sent over by Tom from Girlymags.

Note: This is an original image and subject to this copyright notice 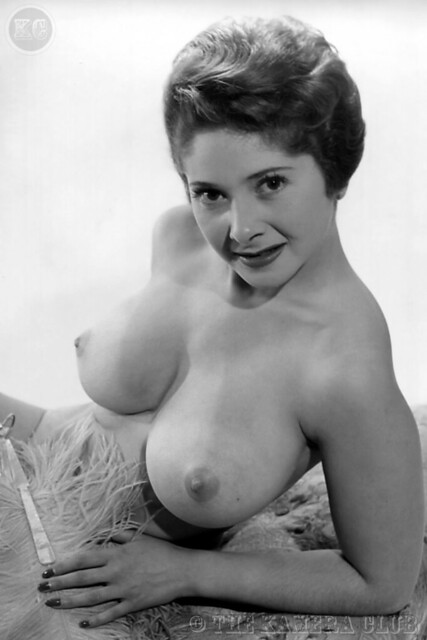 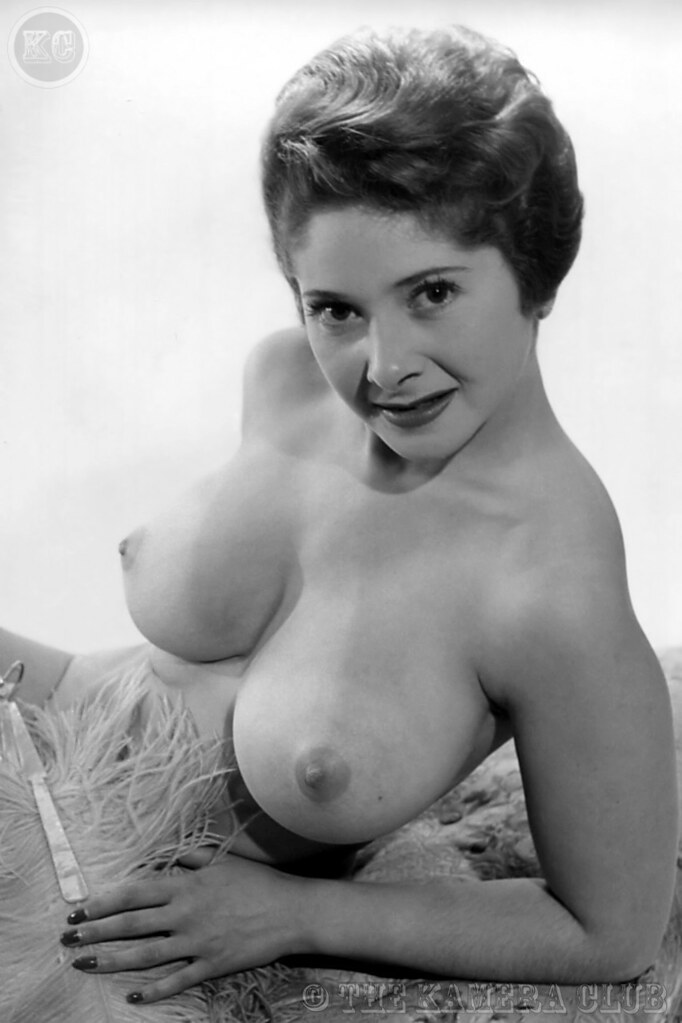 The stunning elegance of 1950’s model Doris Hurst and I’ve come across two copies of this same print from two different sources, so again obviously printed multiple times back then for distribution. This crisp clear copy comes from Girlymag and needed very little in the way of restoring/editing doing to it, but shows off Doris’s fine assets at their very best!

I don’t know why but Doris seems to come across a lot older than she probably was, something to do with the hair style back then? I bet she wasn’t much older than her 20’s though at a guess, but I’ve never a good judge at ages!

Note: This image is original and subject to this copyright notice 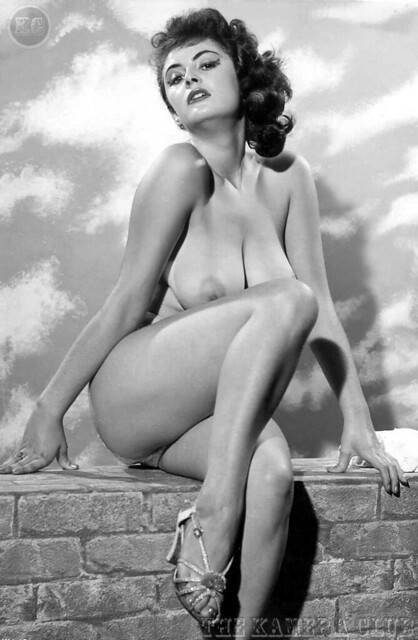 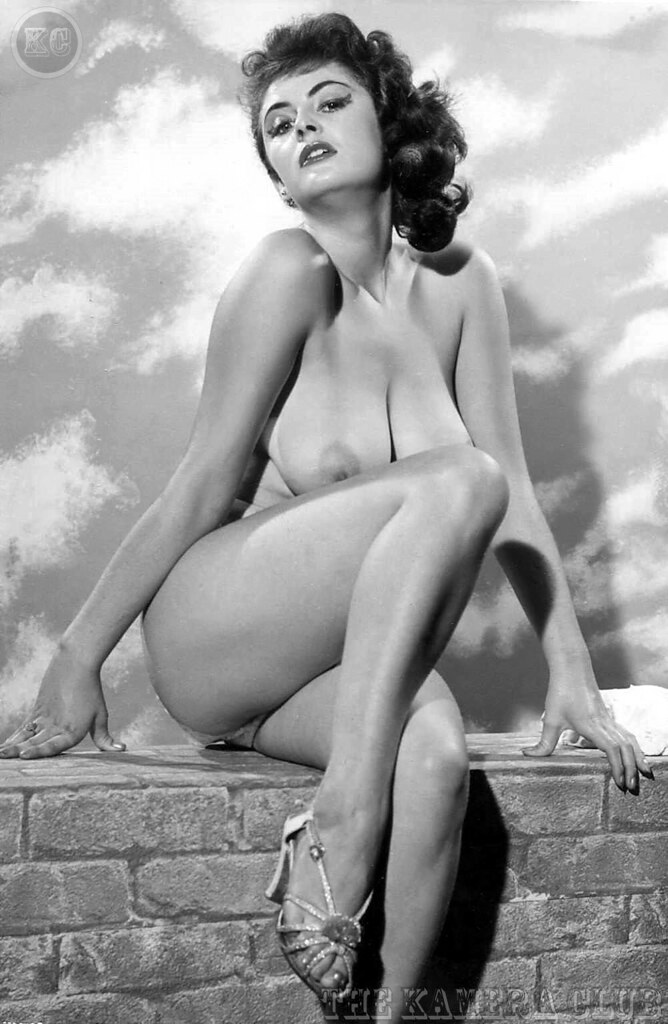 A fabulous early shot of Rosa Domaille (Eve Eden) from a restored silver gelatin print sent over by Tom from Girlymags. I’ve seen several of this set of Rosa posing on this wall, but not as good quality as this, as it needed very little restoring. I have no idea who took these shots, but the obvious studio set and background do remind of the style found in the early QT magazines by Russell Gay?

Thanks to Tom for the image and several others he has sent over and do go take a look at his eBay Store, as he has a large listing of vintage prints including the above Rosa shot and several from Harrison Marks prints, plus other well known models. In fact I noticed a small set of prints of a well known Harrison Marks model that’s not been named going for a very cheap bid at the moment, so may just have to go put a bid in myself! He also mentioned that International bidders get a reduced postage cost of  7 for as many small photos as they can win 🙂