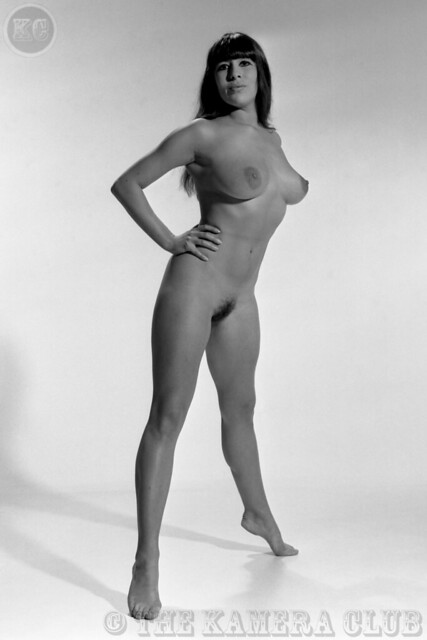 Jenny Lane, standing on tiptoes in the studio by Harrison Marks. Another shot of Jenny from a number of different shoots she did with GHM, this particular set being shot nude in the studio. A great shot of Jenny on tiptoes showing off her slender figure and great tits and pussy. I’ve said before she’s not the most attractive of models facially to look at, but there’s something about and was a popular model back in her day, appearing in numerous Publications. 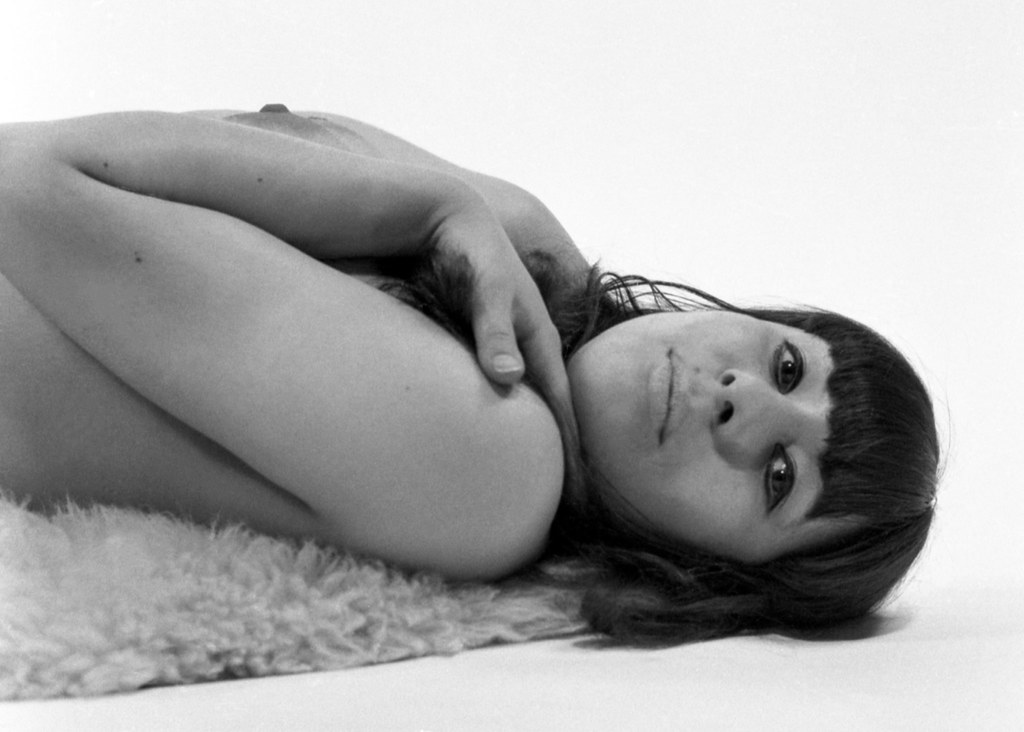 Jenny Lane from a 35mm black and white negative taken at Jason Studio’s. A different low down view of Jenny as she lays on the floor and sheepskin rug looking at the camera. You just get a peak at one of her nipples rising just above her arms 😉 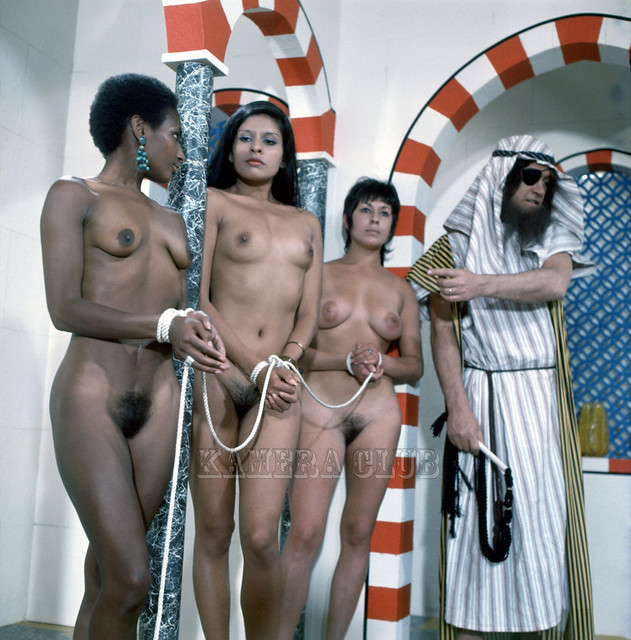 A still from what appears to be a colour hardcore version of Cous-cous featuring different models from the softcore black and white version. Three models tied up and on offer to a harem by a dodgy looking slave trader. The models are from right to left, Jenny Lane, Dania Faber and an unknown model? Jenny is the only one that appears as a slave in both, as the other version featured Virginia Jones and Sue Roberts as slaves.

One blooper from the shot I noticed, the slave trader forgot to take his wedding ring off 🙂 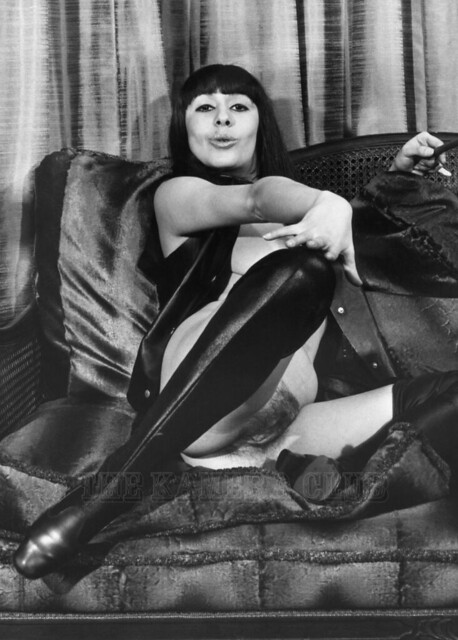 A bit of a fetish shot of Jenny Lane to finish the week. An original 10 by 8 print from my collection of Jenny posing in long tight black leather boots holding a whip! She’s also showing off a bit more sitting that way. 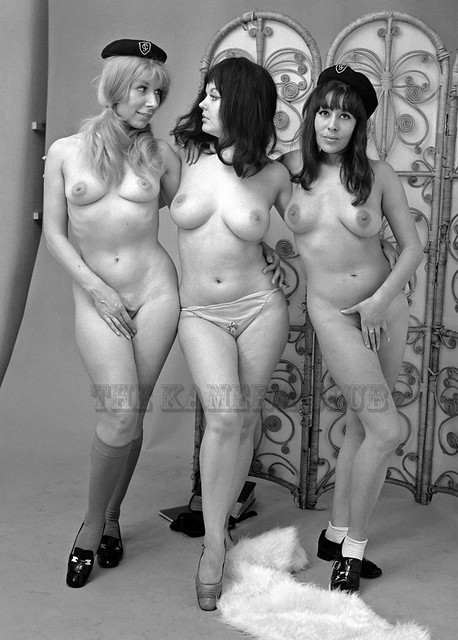 Three naughty schoolgirls in the shapely forms of Anita St. John, Annette Johnson and Jenny Lane. I love the school caps Anita and Jenny are wearing plus the socks and shoes. Not sure about Annette and that dark wig, which she has worn before. I love the pose of Jenny looking straight at the camera and Anita with her pigtails. Shame about the hands in the way as well, but I’m sure there must be more from this set? 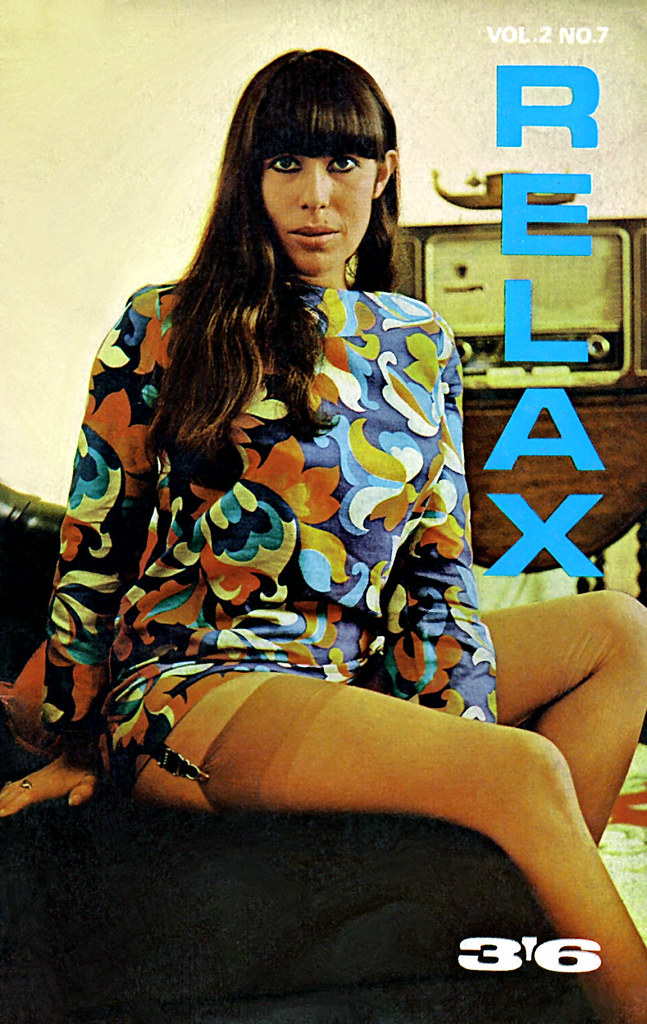 Jenny Lane on the cover of Relax magazine Vol.2 No.7 flashing a bit of leg and stocking! Jenny looks quite attractive in this shot and love the very 1960s psychedelic dress she’s wearing, I only have the cover so not sure if the dress comes off on the inside pages. 😉

The Jimi Hendrix Album ‘Electric Ladyland’ is 50 years old this year, and one of its controversial and banned covers back then featured a bevvy of naked beauties posing on a black background. Several years ago I got asked if I could identify any of the models and back then my knowledge was lacking. Now I’ve been asked again, and on revisiting the cover I realize that I can now name several of the models and recognize several more.

Back then the cover photographer, David Montgomery, said he found the girls in The Speakeasy nightclub in London, which may be true. But I know those I’ve identified were also well known glamour models appearing in many of the magazines back then and worked for the likes of Harrison Marks and Russell Gay. I’ve numbered the models I can now identify, and the list is below, plus a few I recognize and have images of but have no name.

The three blondes front left also look familiar, but can’t put a name to the lovely faces. Anyone recognize any other models?

One of the models named Reine Sutcliffe was interviewed in Melody Maker in 1968. “It makes us look like a load of old tarts. It’s rotten. Everyone looked great, but the picture made us look old and tired. We were trying to look too sexy, but it didn’t work out.” 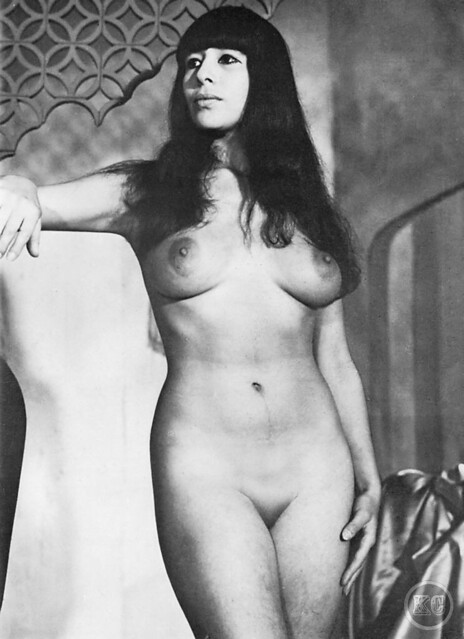 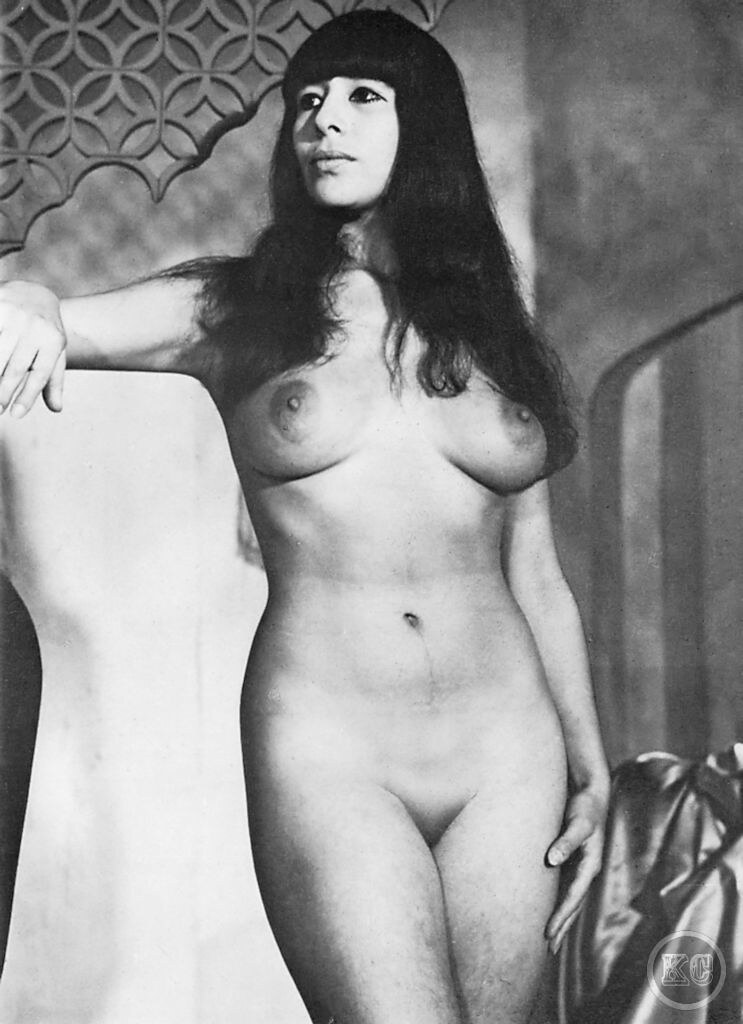 Jenny Lane posing on the Casbah set from Kamera No.88 (1968). A nice body, but not the most attractive of models to pose for GHM and an awful bit of retouching in this shot, especially as she had a nice lush pussy on show in some of the uncensored shots I have.