A simple but effective shot of Claire Dobson by Leslie Bainbridge kneeling on some cushions nude. I have a mixture of shots featuring Claire from original prints to several contact sheets and in nearly all of them Claire is showing off her fabulous body and perfectly smooth pussy, apart from one small set. In that set of 6 prints, not only is Claire wearing some clothes, but she also sports a full hairy pussy too. She looks to be the same age, so I wonder if she was persuaded by Bainbridge to get rid of the hair at some point?

Another model to add to the Bainbridge/Wren collection 🙂 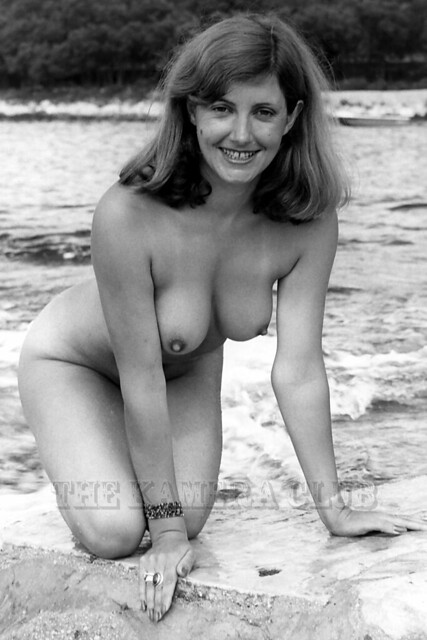 A wet and wonderful view of Hazel Bradshaw by either Leslie Bainbridge or potentially Murray Wren. Hazel is one of a number of models that posed for and appeared in the pages of H&E, although I have no actual references to magazine numbers in which she appeared. Murray Wren edited H&E for much of the 1970s and contributed photographs for many years more, as well as being a friend of Leslie Bainbridge.

So where I’ve originally credited photo’s to Bainbridge they could well be by Wren instead, as the styles and locations are the same, so who knows! I also have over 200 different shots of Hazel from original contact sheets and prints in various locations both indoors and out. This shot seems to be on the sea edge as she kneels on some rocks, showing off her naked body and perky nipples. Like most Bainbridge/Wren models, she was completely shaven down below. 🙂 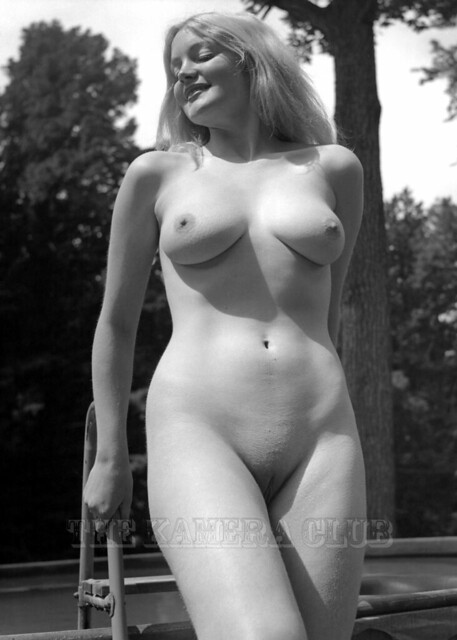 A beautiful shot of Rita by Murray Wren posing on the pool steps at Eureka Naturist Club in the 1970’s. This is another scan of an original print from John’s collection of which there are several shots of Rita.

Murray Wren edited H&E for much of the 1970’s and contributed photographs for many years more, as well as being a friend of Leslie Bainbridge. It was whilst searching for Murray I came across The Murray Wren Photo Archive which showcases his work over the years, plus it has many galleries of his work and some of the models that posed for him. That is where I came across similar shots of Rita and was able to identify the location as Eureka, plus several other recognizable models including Vicky Ashley and Sally Dixon.

What a fabulous naturist shot of Rita this is showing of her fabulous figure and smooth mound, perfect and thanks again to John for sharing his collection!