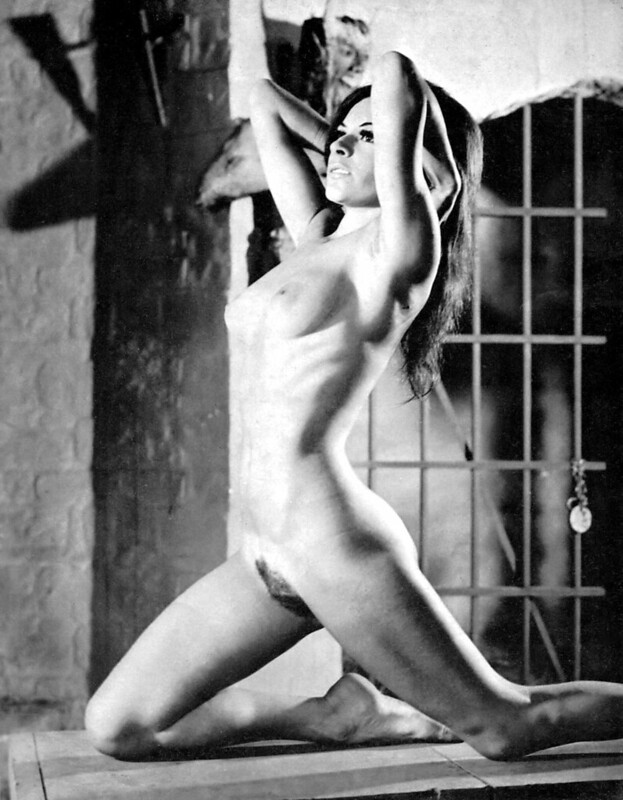 I have very few shots of Danielle Denese, two including this one and the other shot I’ve published here and both are taken on the dungeon set. Danielle co-starred with Sissi Mississippi in the GHM  movie ‘The Lash’ (1968). The film was shot just before Kamera Publications ceased business so only a few still photographs were taken, hence the lack of images of Danielle!