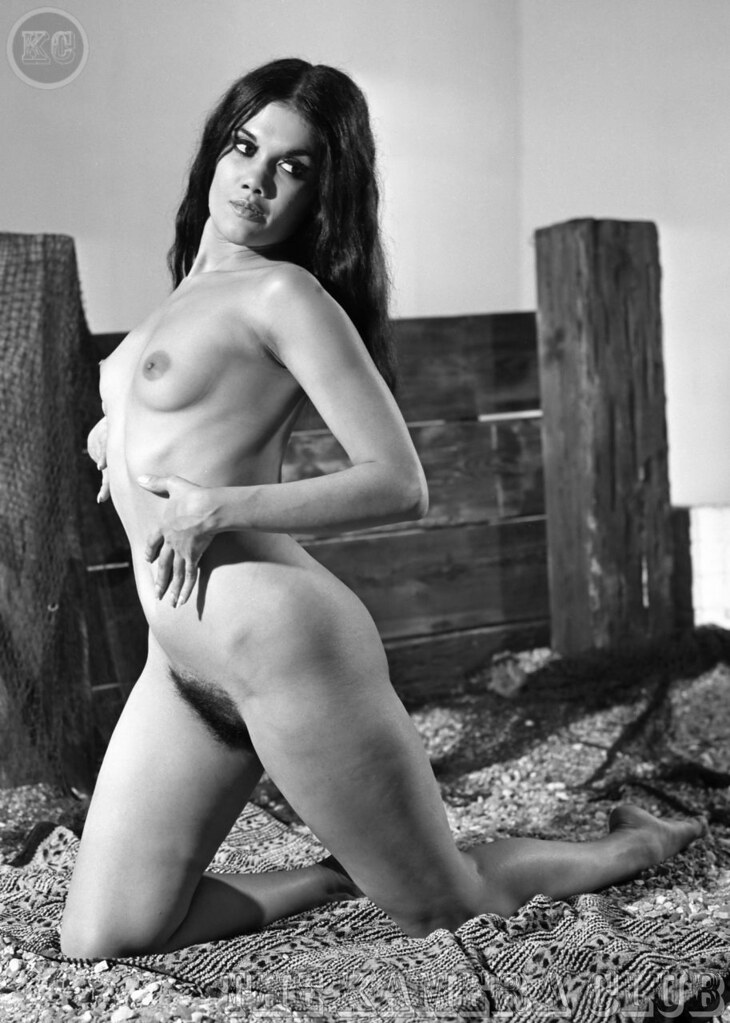 The model only known as Neva from an original negative by Harrison Marks taken on the Beach Set. Unfortunately I have very few shots of Neva, which is a real shame as she has the most fantastic thick lush bush on her!

What I do know is that Neva was from Trinidad and posed for one set of stills in January 1966. Photographs from this, which were taken on the Lantern Cottage set and the adjoining beach set appeared in Kamera No’s 74 & 76, one calendar shot from July 1968 and a further two uncensored shots from Nature’s Intention Vol.1 No.1 (1969), but that’s it.