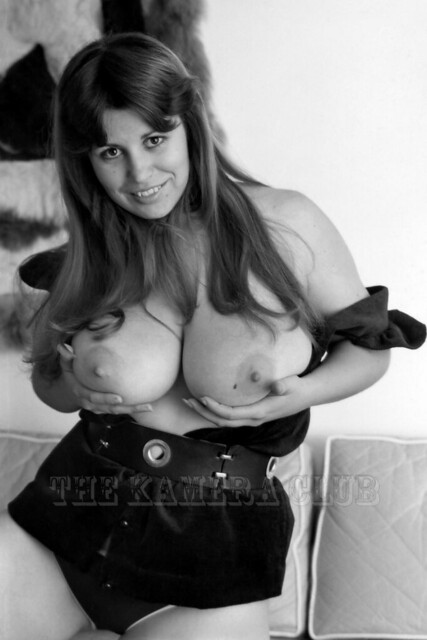 Another US model Julie Park showing off her considerable assets taken by Howard Roark in 1977. Another shot from a set of original contact sheets featuring 64 different shots of Julie and although the name on the sheets is Julie Park, she appears in several US magazines under the name Julie Vella. Julie was one of those fuller figure models from the late 1970s with a round curvy figure, huge round tits and a big hairy pussy. She could be found in the pages of magazines such as Busen, Kingsize, Bouncy and Peaches, all of which tended to feature models with similar qualities to Julie.

You can’t say you don’t get variety on this site, be it big ones, small ones, saggy ones or perky ones and that’s just the different type of tits!