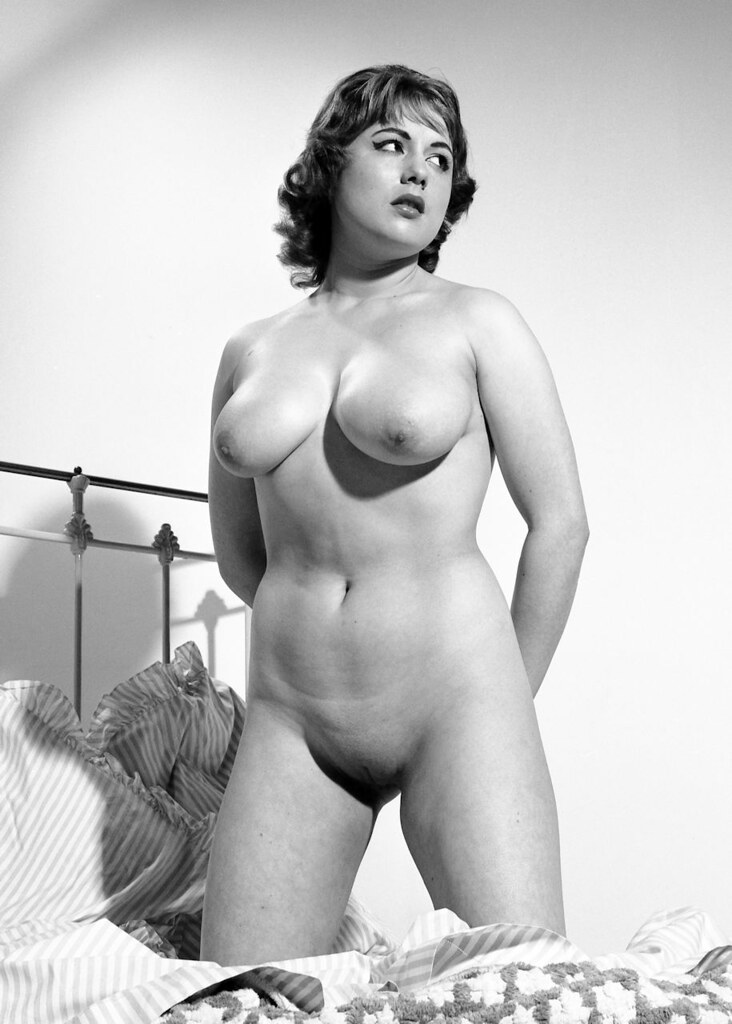 Another shot of an unknown beauty posing for Harrison Marks kneeling on a bed in the studio.  No idea who this busty and curvy lady is, but she also appeared in the normal editions of Kamera around 1963/64 and is on the Unknown Models page under Unknown Model No.54.

Fabulous curves and figure and has in the past been identified incorrectly as Marie Davies, as there is a passing resemblance in face and figure.