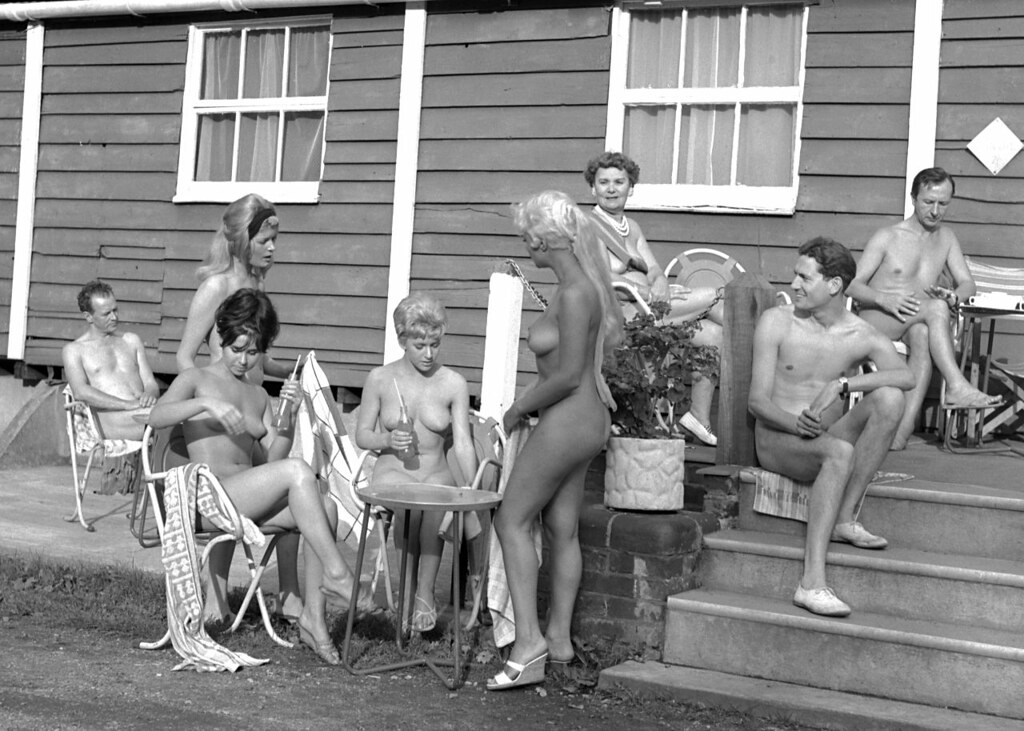 Another wonderful original shot taken by Douglas Webb of Jackie Salt, Bridget Leonard, Angela Jones and Pamela Green posing on the set of ‘Naked as Nature Intended’ filmed by Harrison Marks in 1961. This shot seems to be a very natural shot, maybe taken between filming with the girls relaxing with a drink. Taken at the Spielplatz Naturist Club in Bricket Wood, near Watford during the shooting of the NANI film, Pam was a member of there for several years before this was shot and there are some great posts of her at Speilplatz, along with other articles about the club over on her official site here. It may also explain why Pam looks much more tanned than the other girls in this shot as she topped up her all over tan regularly at Speilplatz

I’m loving the strategically placed hands and and crossed legs of all the guys in this shot and the older lady in the background wearing the sash is Mrs. Dorothy Macaskie a club regular and wife of the founder of the club Charles Macaskie.