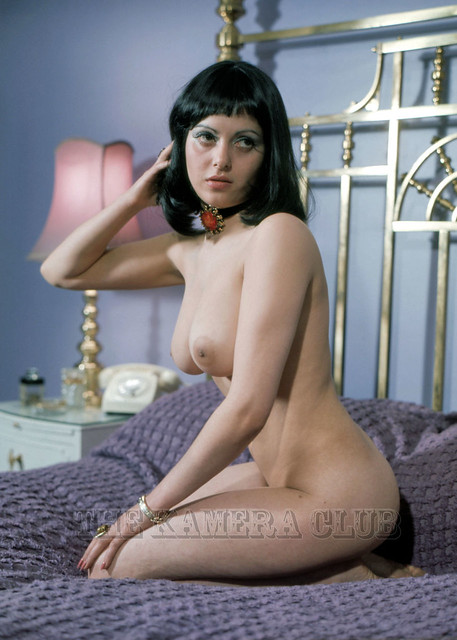 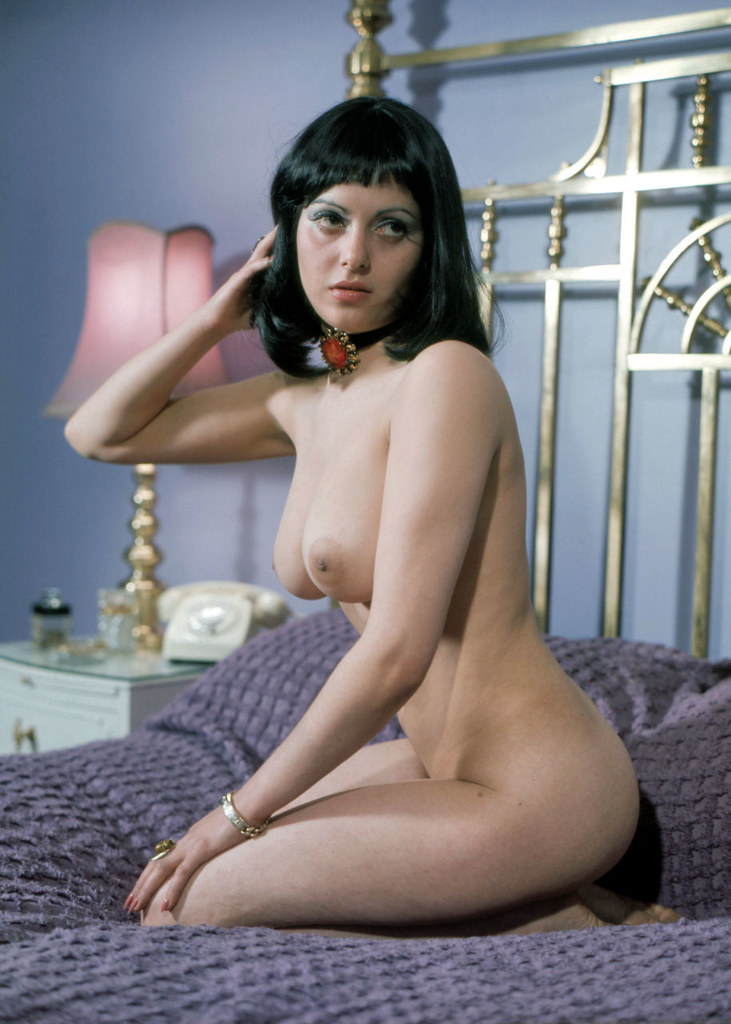 A colour shot of an unknown model posing on the bed by Harrison Marks from a medium format negative. Another model I have several shots of, but no idea who she is? Taken in the late 60’s or early 70’s this shot has the familiar bed and golden bed frame used by GHM in many of his later shots and glamour films. The model in question has a stunning figure from what we can see and wearing a dark wig, which she always wears in all the shots I’ve got and seen of her, but no idea who she is?