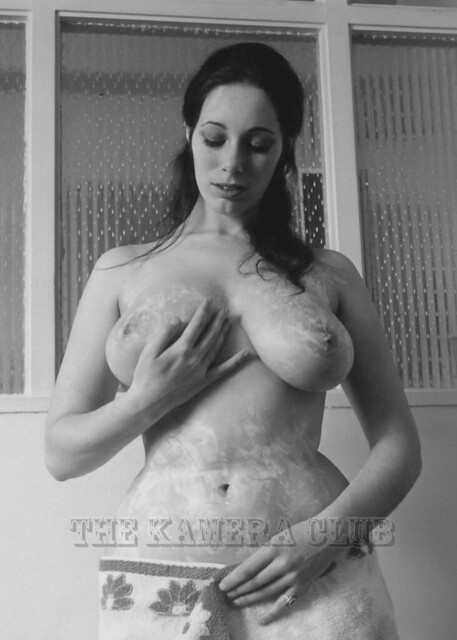 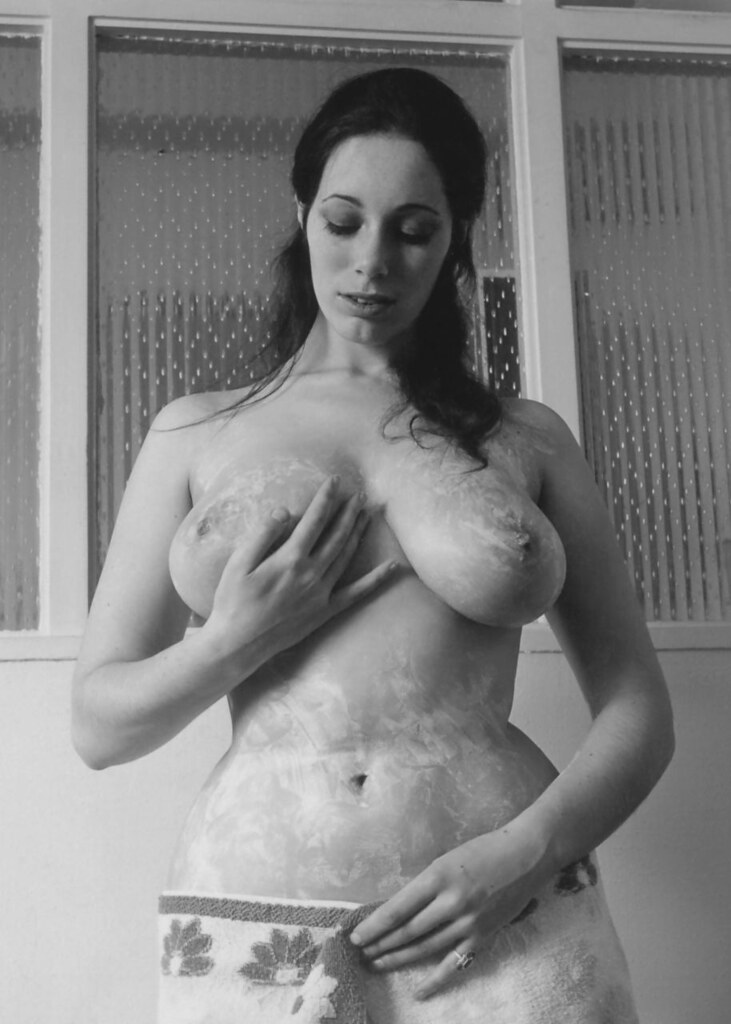 Another shot of the fabulous curves and tits of Angela Duncan taken by Terry Sparks on 18th Nov, 1969. This is from a set of original contact sheets featuring over 115 images of her posing in different locations around a house.

What to say about this particular shot, other than it’s absolutely stunning and shows off Angela’s curves to perfection. Just look at those ample tits and the beautiful curve of those hips, as she rubs cream all of them! I have over 12 shots from this set, but unfortunately the towel remains firmly in place during all of them. I’m sure the towel must have been discarded at some point, but alas I’m missing those shots, so we will just have to enjoy the view of Angela’s big tits covered in cream for now 😉