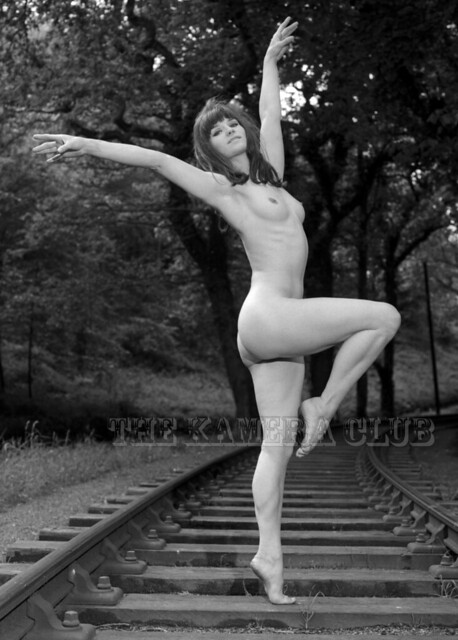 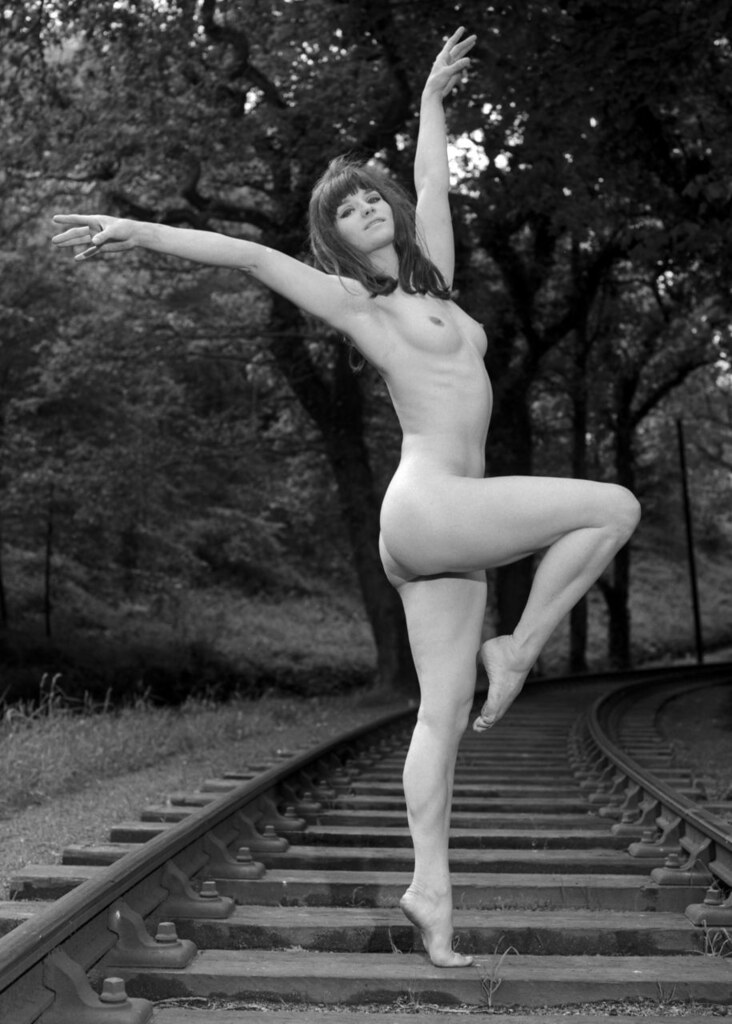 Another shot of the very slender figure of Lena Ellis posing on the railway track and taken by Harrison Marks near Bedruthan on his jaunt to Cornwall in May 1966 with his harem of models. Lena was another model that seemed to be very flexible and get into poses that exuded both poise and charm such as this one, enough to send anyone off the rails!