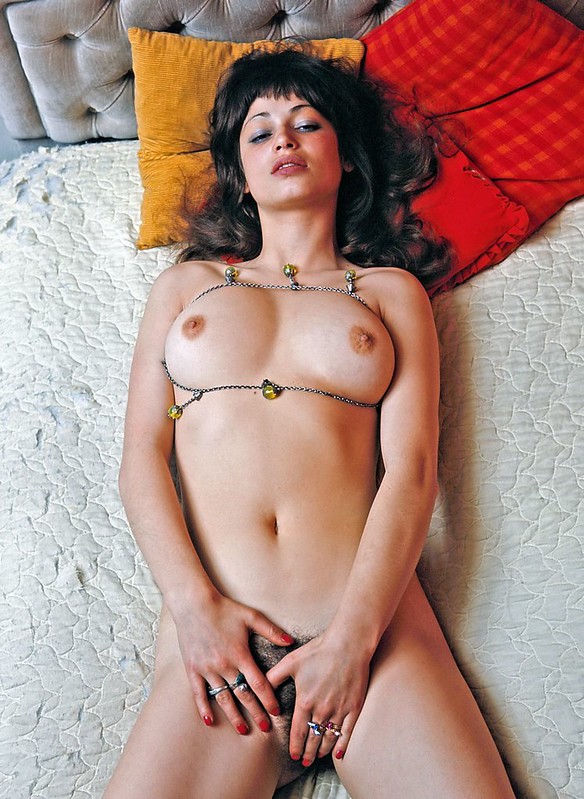 Another different model this morning from Terry and this is Franni Leigh (not her real name!).  According to Terry she was originally a successful fashion model and this was one of the few times she did nude modelling. This shot and another I have were taken in 1972, with similar shots by Terry used in Club International by Paul Raymond.  Franni appeared across several pages of the 4th edition of Club International in April 1972, including a double page spread (boom boom!) as centrefold of the month. Unfortunately Terry only sent me the 3 shots he has remaining. The fact that this was the early 1970’s and a Paul Raymond publication means we start to see a lot more of Franni than normal, including pubic hair and more, which you will see in a further shot to come!

As I’d not come across Franni before, so I did a search and found that there is very little of her out there on the web, but she did appear on the cover and inside pages of Parade (14th & 21st October, 1972).  Those pictures show Franni posing on a beach and I believe those were also taken by Terry down at Pegwell Bay in Kent, as the third shot I have is of her posing in the sea at that location. So were they taken at the same time as those of Bobby Sparrow ?