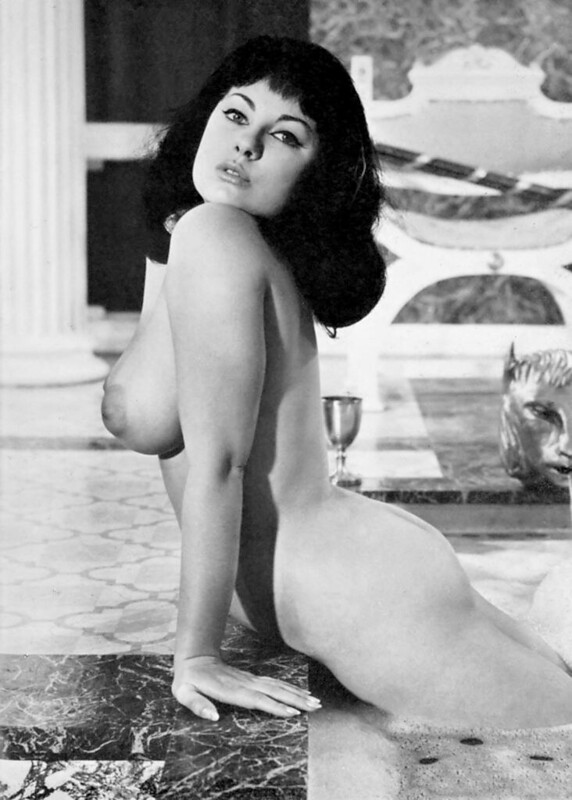 June posing in the bath on the Roman Set as a ‘Dream Goddess’ or Cleopatra? This is a still from the Harrison Marks glamour film ‘Dream Goddess’.  This image of her on the set along with others appears in the Kamera Special dedicated to June titled ‘The Fabulous June Palmer’ (1964), with the accompanying film also being released in 1964/65.