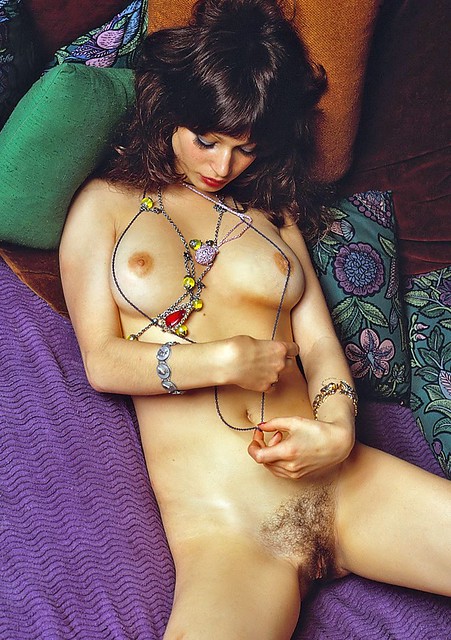 The second shot of Franni Leigh (not her real name!) by Terry Sparks taken in 1972 for Club International by Paul Raymond. This shot is very progressive for it’s time, as it shows that things were becoming more ‘open’ in the 1970’s.  Not only were shots becoming less subtle, they were also less censored with full on pubic hair shots that even showed the labia, such as above. I’m not saying shots like this weren’t taken before, but now they were being published with more on show and less imagination needed!

Thanks to Terry for this very colourful and open shot!