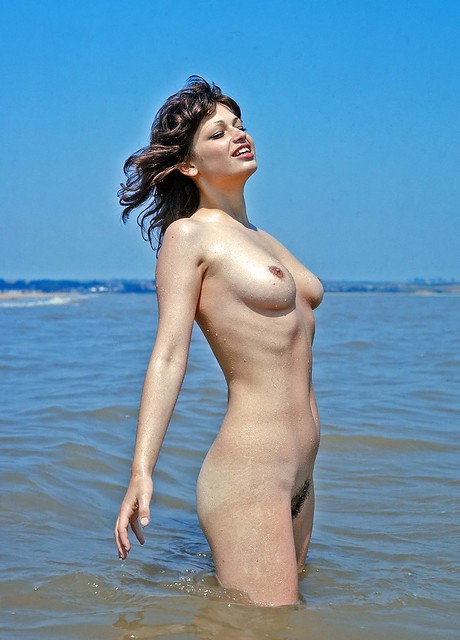 The final shot of Franni Leigh I have that was sent through by Terry Sparks. This one has Franni posing in the sea down at a favourite location of Terry’s, Pegwell Bay in Kent and although there is clear blue sky it still looks a little nippy in that sea!  Terry confirmed that this was a good location to use because as he says – ‘You were right about Franni Leigh being photographed at Pegwell Bay. That was a location I used a lot in the 1960’s and early 70’s. It was an area frequented by the Gay boys, this of course was when attitudes to homosexuality were very different to today, so it had the advantage that as soon as you produced a camera everyone promptly disappeared and you had the beach to yourself.’

So you could say Franni took her clothes off and all the men went running in the opposite direction, not a normal reaction to such a beauty 🙂 Thanks to Terry for the anecdote and cracking shot of Franni.

4 thoughts on “Franni Leigh in The Sea! (Original)”