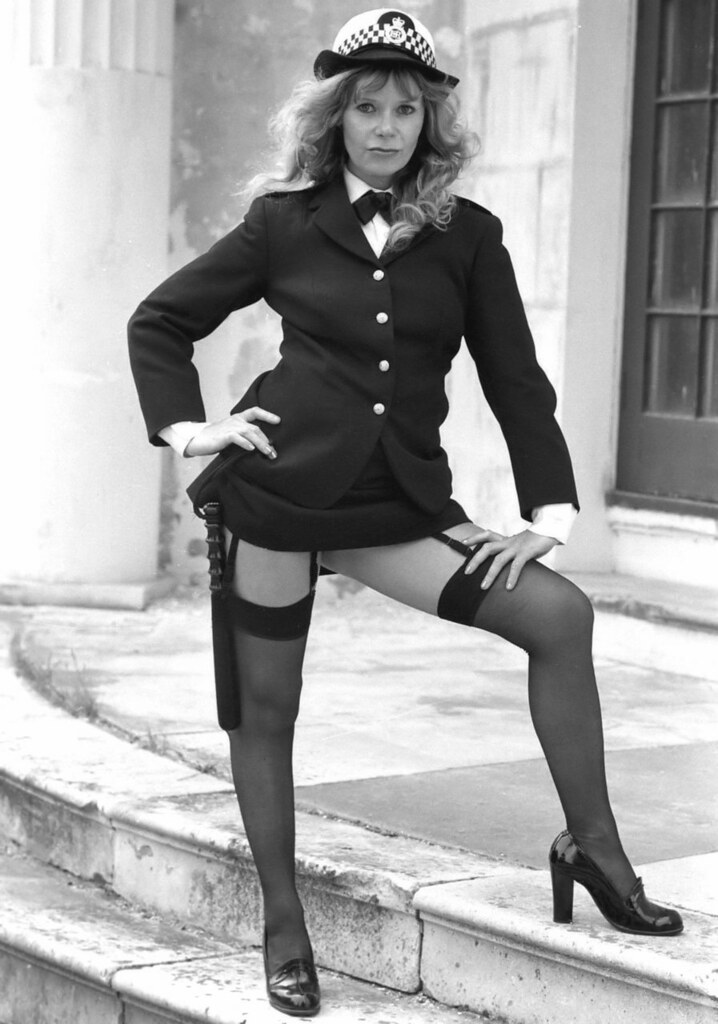 Ah, the number of cop or truncheon jokes I could have used for the title of this post were endless! Mary Millington posing in a non standard WPC uniform, possibly from the 1978 film ‘The Playbirds’ that followed in the footsteps of the 1977 film ‘Come Play with Me’ that was written and directed by non other than Harrison Marks. So now I have a valid reason to post some MM shots on this site, but I’ve still not decided if I’ll publish any of the more explicit shots of her yet, unless anyone has a preference either way?