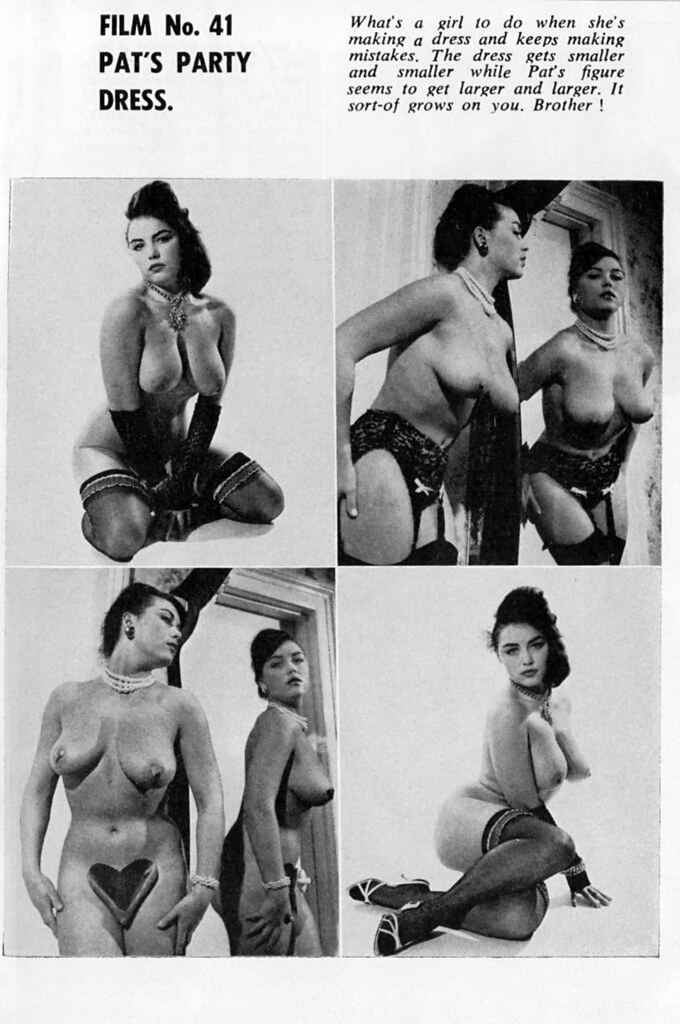 Pat Ebden featuring on a page in the Venus Films Catalogue (P22) by Russell Gay. It advertises the glamour film No.41 ‘Pat’s Party Dress’ in either 8 mm (50ft) or 16 mm (100ft) for the buyer’s viewing pleasure. Although from the production stills above it doesn’t seem to involve much of a party dress!

Pat Ebden is one of those models that is a favourite, but also one I have very few photos of or copies of films such as this. What I do have of her I’ve published is stunning, but just not enough! Now I know there are films of her alone and with both Tina Madison and Marie Davis I’m on the hunt for copies. 🙂

One thought on “Pat’s Lack of a Party Dress!”