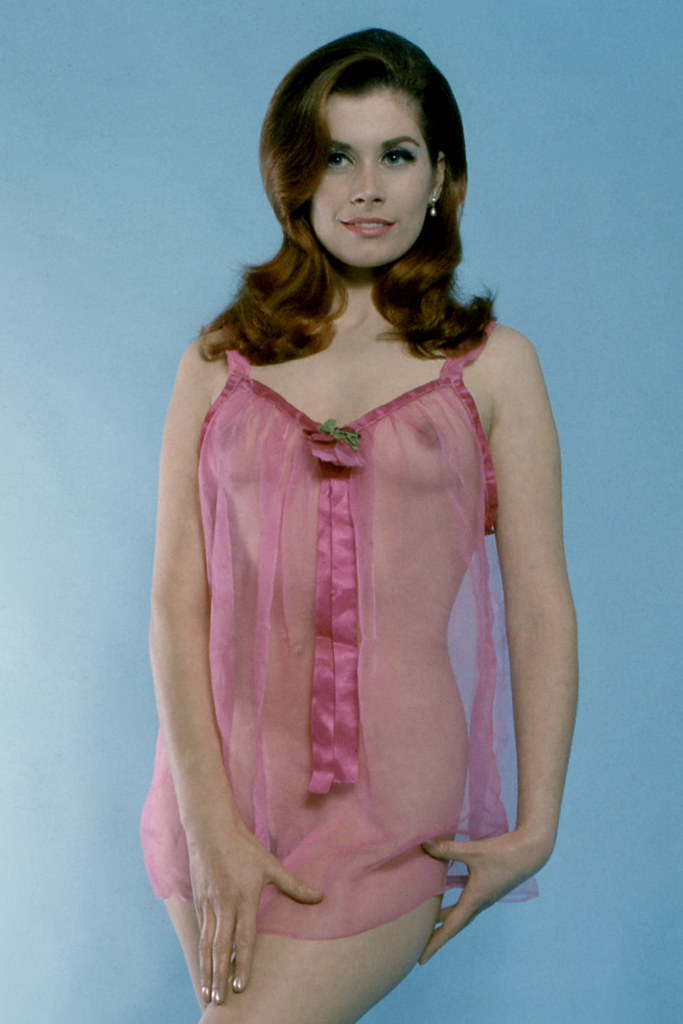 The delectable Dawn Grayson posing in the studio wearing her pink sheer negligee again. It’s the same pink negligee as in these shots, so it does raise the question if it was her own outfit of just used by the same photographer at different times? The other shots were 35mm colour slides taken outdoors, whereas this shot is a medium format negative in the studio, but that’s not to say they weren’t taken at the same time though.
Either way I do like the sheerness of the negligee and how we clearly see Dawn’s small pert tits through it 🙂

One thought on “Dawn In Sheer Pink! (Original)”