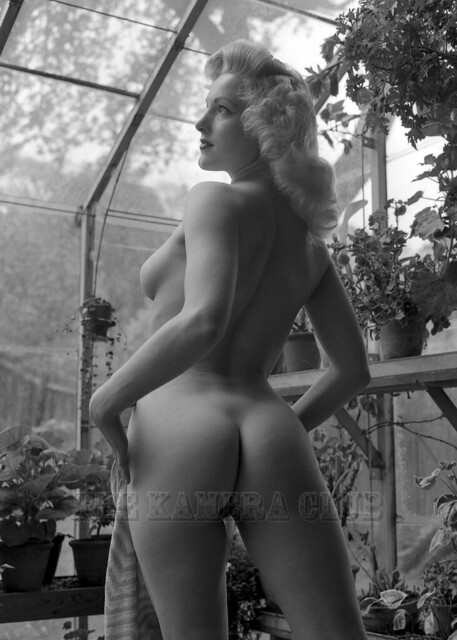 A stunning rearview of June Simpson taken by Harrison Marks in 1958 in the conservatory of Pamela Green’s parents. It’s a perfect view of June’s figure and rounded rear, along with that very 1950s style platinum blonde hair. There is also a hint of pussy between those legs, or at least an outline, but think this is the most I’ve ever seen from June down there! In fact, I don’t recall seeing any uncensored shots of June that go further than this?

Images of June and Pam from this shoot appeared in Kamera No.18 and No.19 and some shots of June in Solo No.5, but I’ve not seen this shot published, unless of course I missed it!