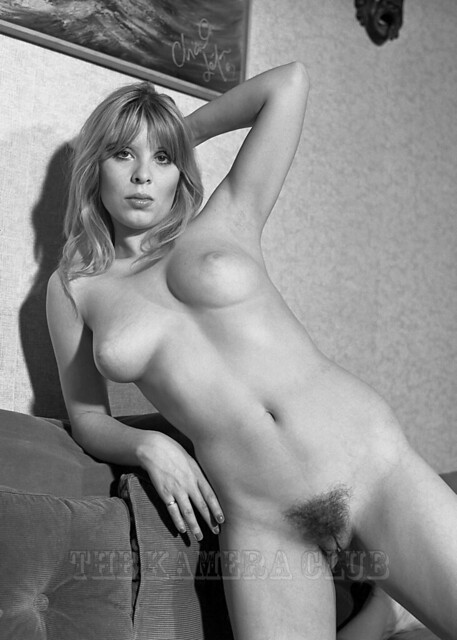 Another original Harrison Marks shot of the model named as Josie Montya and her half-and-half style down below! Josie appeared in New Kamera No.1 (1969) under the title ‘Just Josie’ although this shot didn’t appear. Great shot of her kneeling on the sofa showing it all off and the title references Josie & The Pussycats, a fictional rock band published by Archie Comics from 1963 until 1982 🙂