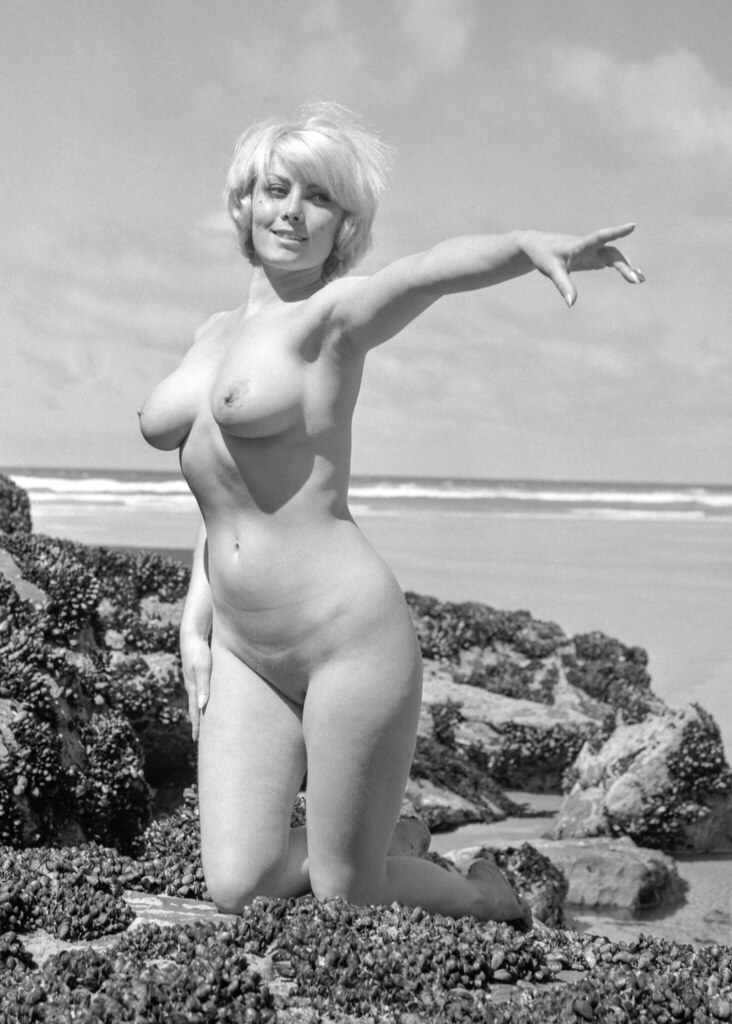 The stunning Teri Martine by Harrison Marks taken in 1966 at Bedruthan Beach, Cornwall. Kneeling amongst the rocks and mussels on the beach we great a great view of Teri’s naked body and the sea behind her!

Although taken as part of the 1966 trip to Cornwall with several other models over two weeks, this shot doesn’t appear in Kamera on Location 66. Nor does it feature in Solo No.52 featuring Teri, so it does make you wonder why such a great shot didn’t make either?