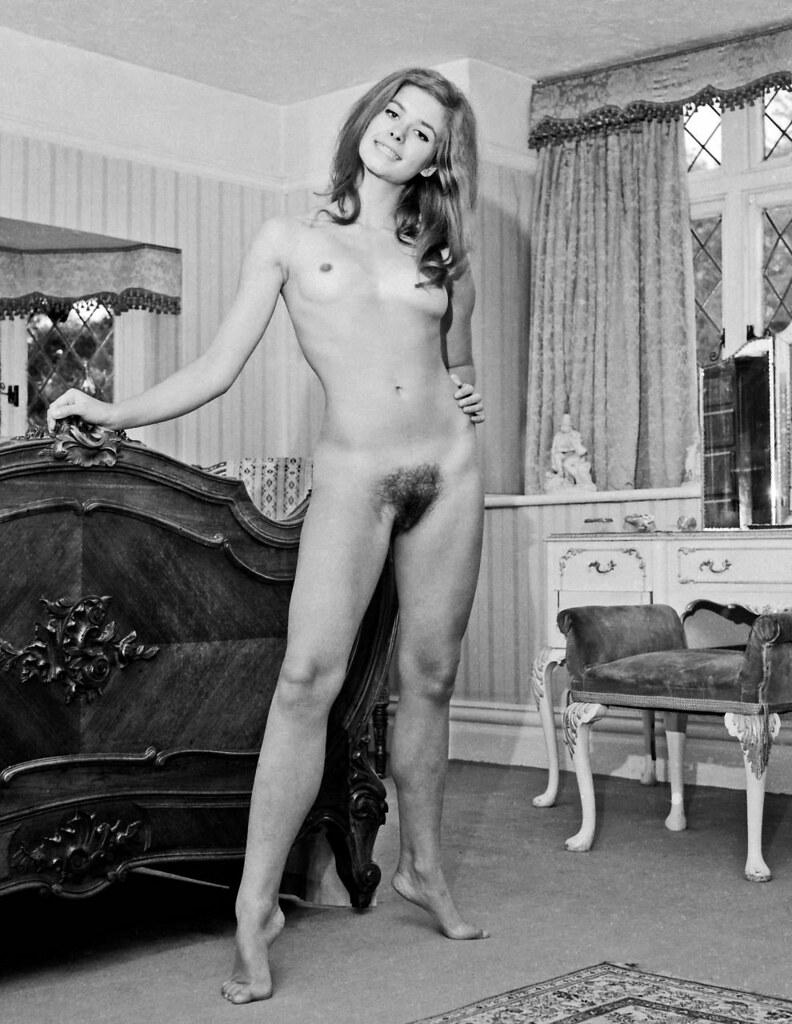 Terry always manages to amaze me with his shots of new models I’ve never come across before, and this is a good example.  This is German model Seiglinda Strauch posing in a bedroom at Ewhurst Manor for Terry in June 1966. A very slender and young looking model with a big smile and wonderful pussy on show! Terry recalls that she was known to us all as the SS girl, very cruel actually, as she was a very sweet girl who struggled somewhat with her English pronunciations’.

Terry’s title of the mail when sending this and another shot of SS over to me was ‘The German SS’, not very politically correct in the world we live in today, but then nor is posting naked women!