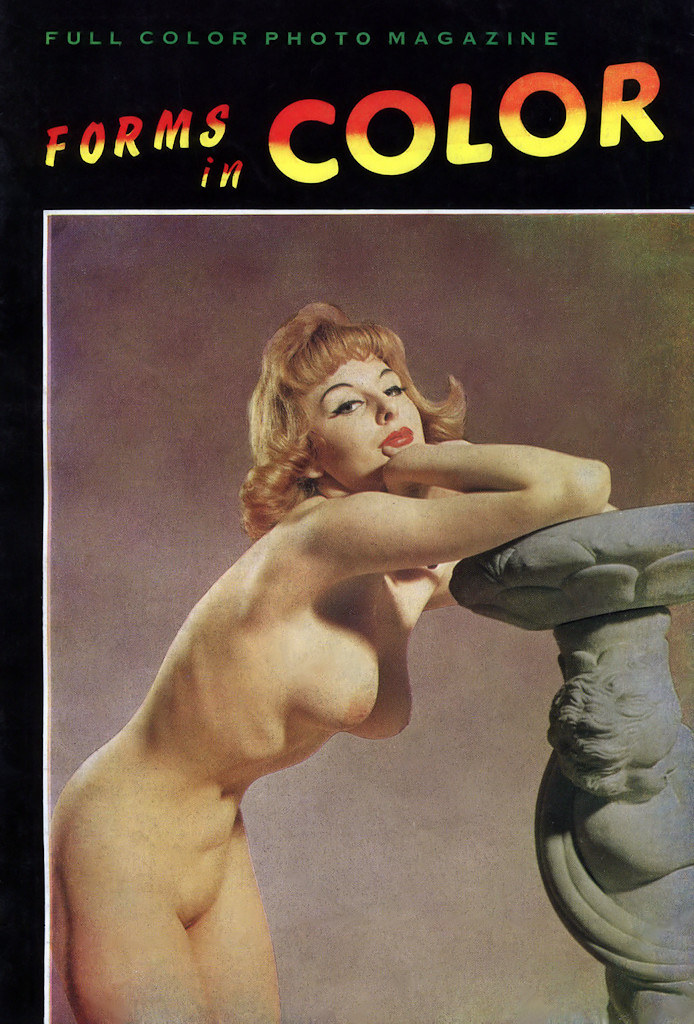 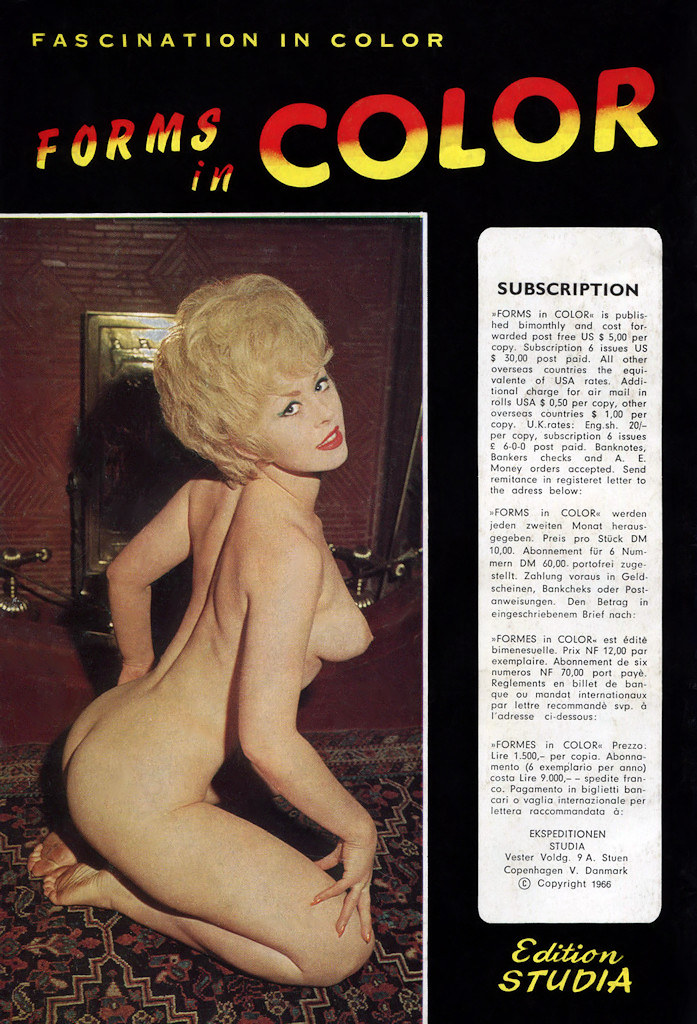 Two fantastic female figures from the cover of Forms in Color Vol.1 No.3 (1966). Forms in Color was one of a number of continental magazines that regularly featured the work of Harrison Marks, with many of the images in it have not been retouched, unlike the UK versions.  The magazine was produced quarterly and printed in Copenhagen from the mid-sixties, published by Edition Studia and the issues were printed with both German and English text, as did many continental magazines of that time.

This edition features Tina Graham (Christine Carter) on the cover and Jayne Tracey brining up the rear on the back cover!