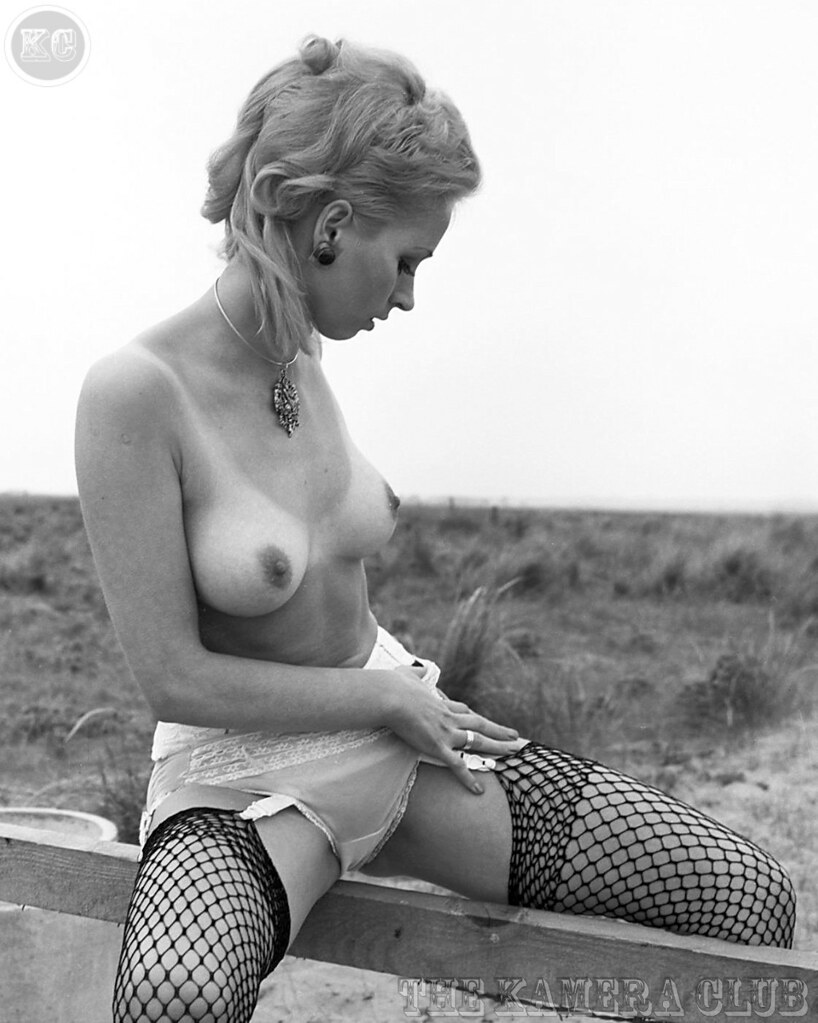 I love this shot of Monika Ringwald as it’s one of those shots that has a bit of everything and pushes all the right buttons! I love the fact she is sat astride the fence in fishnets and white panties. Throw in the perfectly small white tits caused by the suntan and it’s a great shot!

Update: Originally I had no clue who this model was and found the original negative being sold on eBay.com and assumed it originated from the states. How wrong I was, as the image was taken by Terry Sparks and the model was Monika Ringwald and thanks to Terry the location was actually one he used many times before, Pegwell Bay down in Kent. Here is what Terry had to say when he saw this image – The picture you published is I think one of mine. I was commissioned by an American to do a stockings set of Monika and all the unprocessed films were given directly to him. So I have never seen the results of my efforts and I am rather curious as to how they have suddenly materialised after all these years.

Well there you go, it’s a small world! I now have several other images of Monika and those great little white tits, sent over by Terry that you can see here.