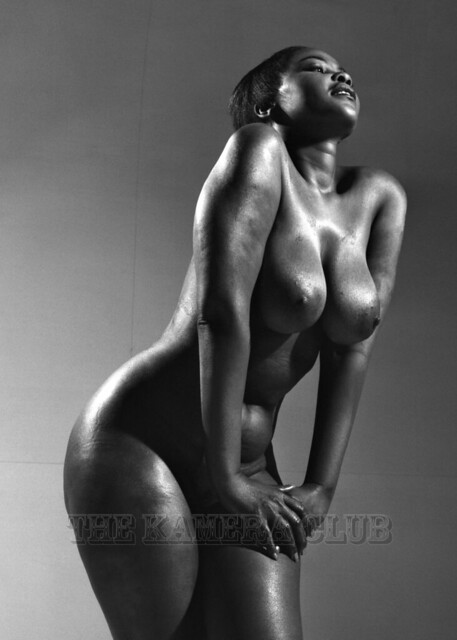 A stunning shot of an unknown ebony model by Harrison Marks. What a fabulous curvy figure she has as she leans forward for the camera and one of the few ebony models that GHM used in the 1960s along with Sylvia Bayo, Veronica Diemen and a few others. 🙂

Although this is a scan direct from the negative, the actual image appeared in Kamera No.47 P10 (1963). There were also 3 other images of this model published in the same edition, of which I have 1 other negative.