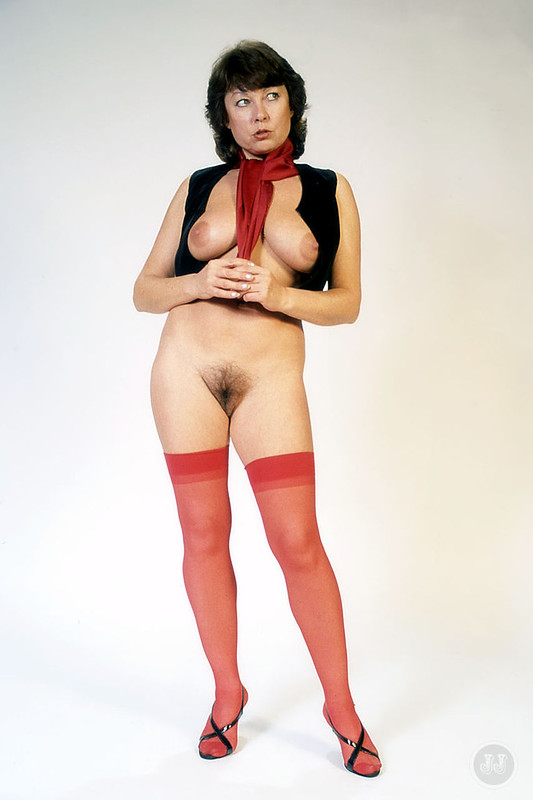 A step back and slightly out of order, but an early image of June from the ‘Red Stocking Strip‘ set of images. This shows June stood in the studio wearing slightly more than the other shots, such as the scarf and waistcoat, but not much more!

We still get a great view of June’s mature body, including her fuller tits and a full on view of her pussy.  As the strip progresses, June loses the waistcoat, followed by the scarf until all that is left are the red stockings, which remain firmly in place throughout the series of shots.