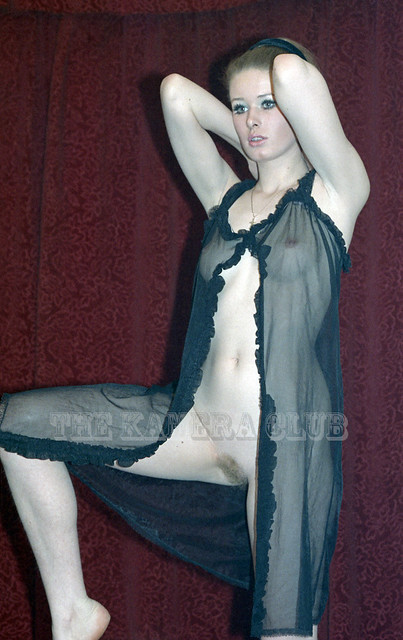 After several requests from members, I’m going to slowly re-introduce the ‘Readers Wives’ section. I’ll start with a few of the older posts and then if there is renewed interest maybe some new stuff?

Starting with Christine by member Caligula, and a more revealing view! A superb shot of Chris posing in a long black sheer négligée with one knee up, allowing the négligée to fall open. Not only does it allow a better view of her figure, but also a glimpse of her hairy pussy.

Although not obvious in this shot, Cali mentioned that Chris kept things trimmed down there rather than letting it grow naturally. So she had a little mound of hair that he rather enjoyed, whatever that means!