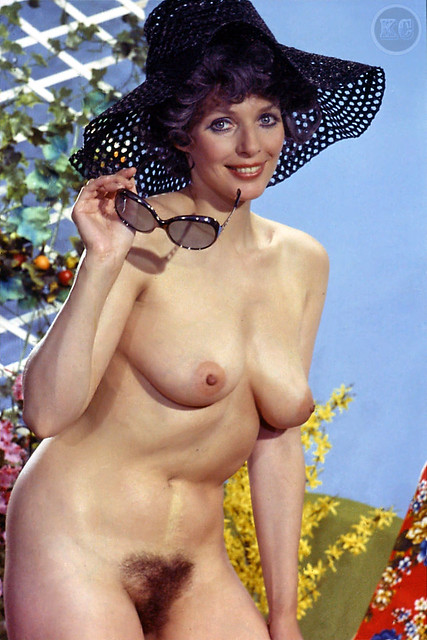 A very natural looking model posing in a big floppy sun hat and sunglasses and not a lot else! I have several 35 mm slides of this model posing on this set on a red sun lounger that you can just see in the shot.  I’ve seen other shots out there, but not in very good condition and this shot along with others comes from Paul over at Firebird Records, but does anyone know who she is? Fabulous figure and thick lush bush, not sure about the hat though and that may also be a wig!